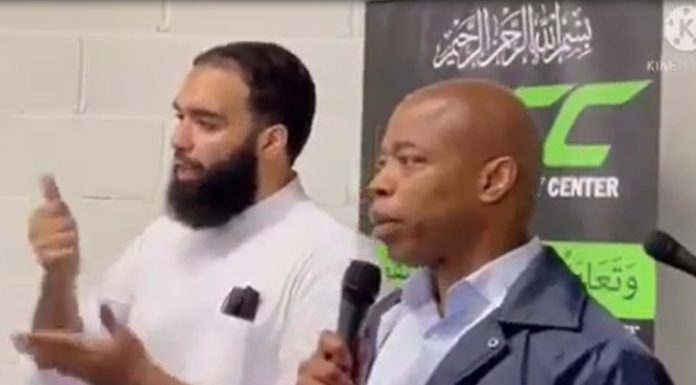 Former cop and mayoral frontrunner Eric Adams said Monday he would fight crime in the mold of the late Mayor David Dinkins — and not follow the lead of either Bill de Blasio or Rudy Giuliani.

Asked on CNN’s “New Day” by host John Berman if he would approach crime prevention like the current mayor or Giuliani, Adams said neither.

“Oh no, it would look like what David Dinkins’ looked like,” said Adams of his administration, if he’s elected, referring to the one-term Dinkins, the city’s only black mayor, who passed away last year.

Adams — who after Dinkins’ death in November called him “a great champion for people of color and a historic leader for a more inclusive city” — said his former friend and mentor helmed the city when the NYPD began implementing the “community policing” model.

“He was the one that started the Safe Streets initiative by bringing more and more enforcement, but doing community policing, and then we want to evolve to another level,” Adams said Monday.