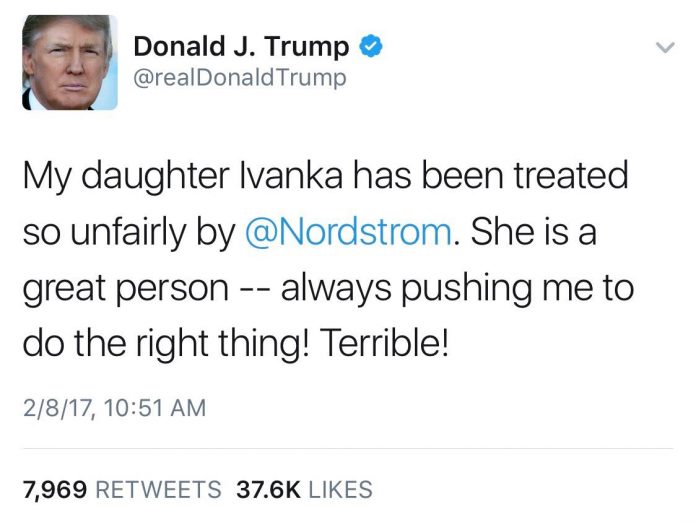 Shares of Nordstrom fell from session highs Wednesday after President Donald Trump said his daughter, Ivanka Trump, had been treated unfairly by the company, CNBC reports.

Trump’s comments follow the upscale department store’s decision to wind down its relationship with the Ivanka Trump brand, reportedly over its performance.

However, the chain was one of the dozens of retailers being targeted by the #GrabYourWallet campaign. That movement is calling for shoppers to boycott brands with ties to the Trump family.

“My daughter Ivanka has been treated so unfairly by @Nordstrom. She is a great person — always pushing me to do the right thing! Terrible!” Trump tweeted midmorning.

Shares of the company declined more than 1 percent immediately after the tweet. They then turned positive and were recently up modestly in afternoon trading. Read more at CNBC.