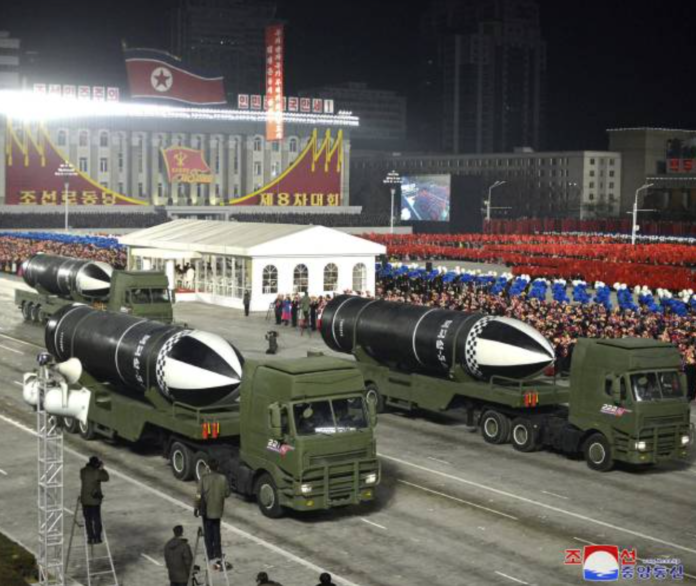 North Korea displayed what appeared to be a new submarine-launched ballistic missile (SLBM) at a parade on Thursday night, state media reported, capping more than a week of political meetings with a show of military might.

The parade featured rows of marching soldiers, as well as a range of military hardware including tanks and rocket launchers.

At the end, a number of what analysts said appeared to be new variants of short-range ballistic missiles and SLBMs rolled into the square on trucks.

“The world’s most powerful weapon, submarine-launch ballistic missiles, entered the square one after another, powerfully demonstrating the might of the revolutionary armed forces,” news agency KCNA reported.

North Korea has test-fired several SLBMs from underwater, and analysts say it is seeking to develop an operational submarine to carry the missiles.