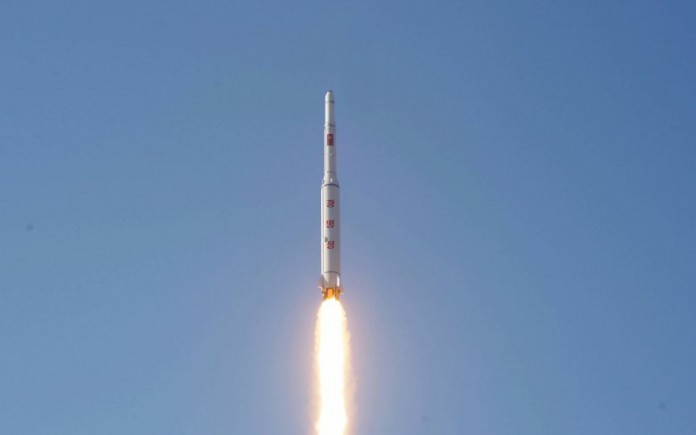 The launch was the latest in a series of tests as the communist nation seeks to build nuclear-tipped ICBMs that can reach the U.S. mainland.

A statement from U.S. Pacific Command in Hawaii said the missile was launched at 4:40 p.m. ET (5:40 a.m. Monday Korea time) from the eastern North Korea coastal town of Wonsan. The statement said the missile flew for six minutes until it landed in the Sea of Japan.