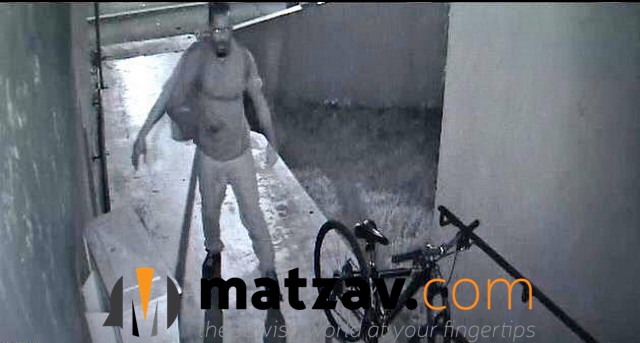 A man was caught on surveillance video vandalizing a shul in North Miami Beach.

WSVN reports that surveillance video captured the man approaching, Magein David shul, early Wednesday morning, on a bicycle and then violently throwing a rock at the front door, multiple times. The man then turned around and fled the scene on his bike.

A lot of people at the shul, located off of 171st Street and Sixth Avenue, said they are concerned after seeing the surveillance video. “I just don’t understand. You see the guy so angry and I just don’t understand,” said congregant Noach Yoder. “I don’t know what he’s so angry about to just throw a thing over here. We learn, we pray. What’s there to be angry about?”

Police are trying to identify the rock thrower.