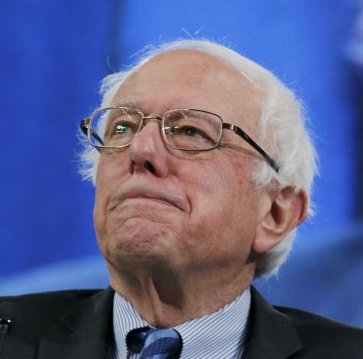 Vermont Senator Bernie Sanders has entered the 1 percent club he has often railed against. According to a Senate financial disclosure form he filed over the weekend, the former Democratic presidential candidate made some $858,750 off book royalties alone last year. Combined with his Senate salary, he likely cleared $1 million in earnings. To make it into the top 1 percent, a family’s income must top $389,436, according to a report last year from the Economic Policy Institute.

Sanders released his book Our Revolution last year—priced at $27 in a nod to the average donation made to his campaign—and has reportedly sold some 200,000 copies. He also received $795,000 as an advance for Our Revolution. While the vast majority of royalties came from that book, he also appeared to receive payment for his upcoming book for young readers, titled Bernie Sanders Guide to Political Revolution, which is set to be released this summer by publisher Macmillan.

Sanders, a proponent of Democratic socialism, has long railed against the richest Americans and income inequality in the United States. During his presidential run, which invigorated many young voters, he largely focused on an economic message and routinely slammed Wall Street. Critics often point out that Sanders isn’t exactly hurting for cash. Read more at NEWSWEEK.