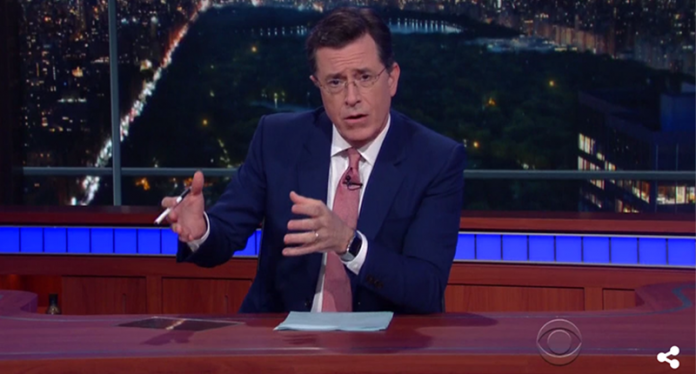 To become the top threat to the United States, the Islamic State has engaged in years of brutality, beheadings and propaganda – manifesting an American nightmare scenario.

But as of last week, all that is good for is second place on the list of U.S. enemies, according to “Late Show” host Stephen Colbert.

Last week, President Trump declared the U.S. news media the “enemy of the American people.” And he called out a few names that he considered particularly egregious: the New York Times, NBC News, ABC, CNN and CBS.

“You know who I feel bad for? ISIS,” Colbert said during his monologue. “They try so hard. Sorry, ISIS. If you want to get on the list, you’ve got to publish photos of Trump’s inauguration crowd. Then he’ll be really, really angry at you. So sad. Hidden victims.”

Trump tweeted: The FAKE NEWS media (failing @nytimes, @NBCNews, @ABC, @CBS, @CNN) is not my enemy, it is the enemy of the American People!