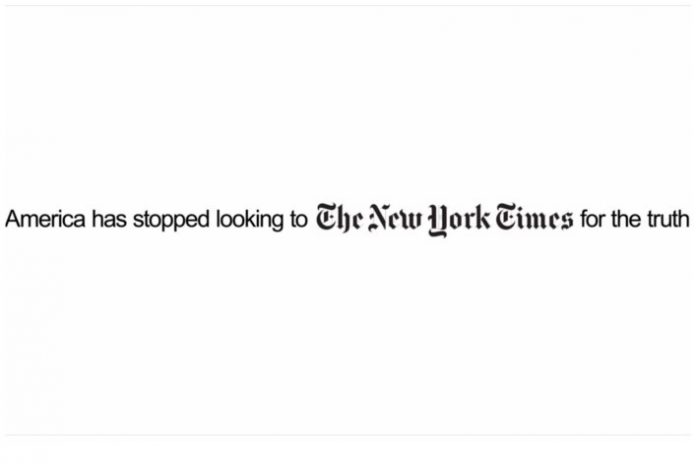 The National Rifle Association on Tuesday released a video advertisement mocking the New York Times ad that ran during Sunday evening’s Oscars telecast. The NRA’s video highlights instances of perceived chaos during the Obama administration—including terror attacks, a tanking economy, and the former president’s broken promise on healthcare—in order to portray the newspaper as having a liberal bias.