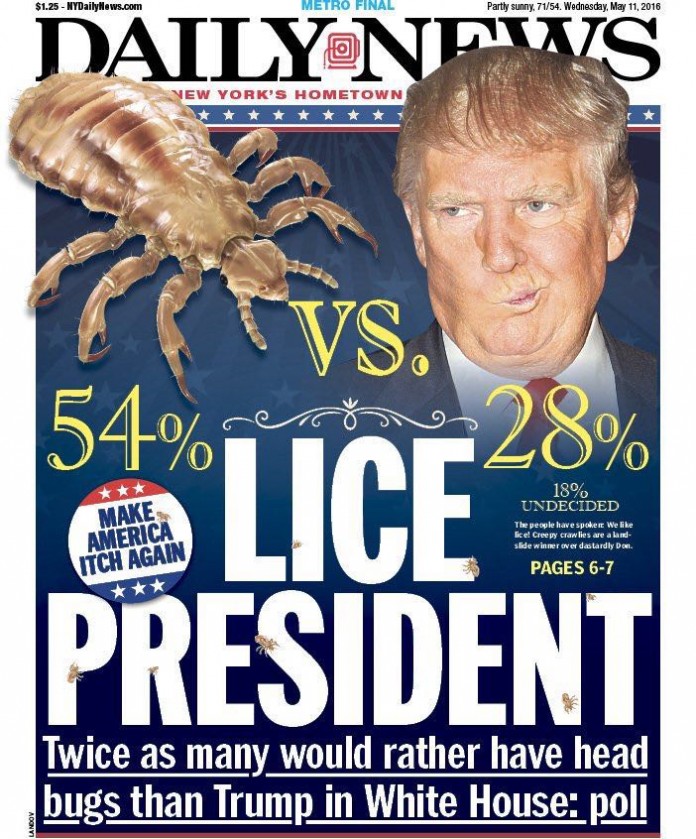 A ridiculous and immature poll released Tuesday and published by the New York Daily News – whose hatred for Donald Trump is the worst kept secret – claimed to show that Americans found the presumptive Republican nominee “more stomach-churning” than the even some of the most repulsive things in the world, including lice, jury duty, root canals, traffic jams, and the Department of Motor Vehicles. Read more about this poll at the Daily News and have a look at the News’ cover above.