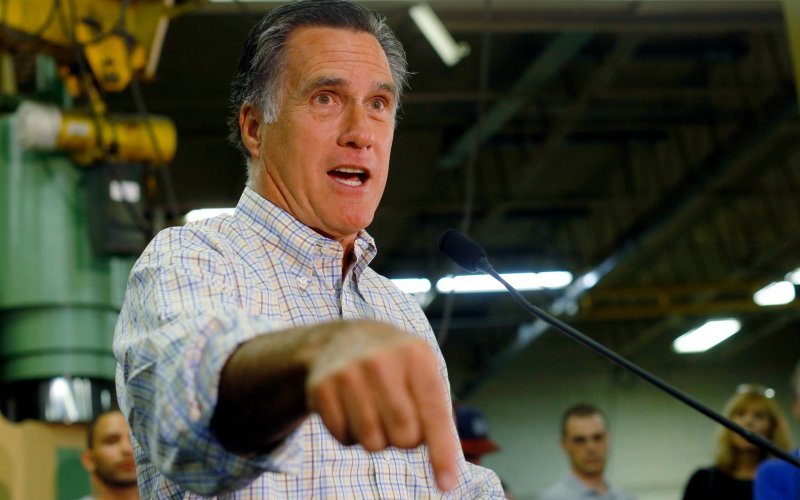 Mitt Romney is a liar when he insists he’s not interested in making an eleventh-hour jump into the 2016 presidential race, says Gabriel Sherman, the media columnist for New York magazine, NEWSMAX reports.

“The scenario that’s been floated in recent days by GOP insiders I’ve spoken to is that Romney could enter the Republican primary race late in California and New York to deny Trump the delegates necessary to clinch the nomination,” Sherman writes in an essay titled, “Romney Says He’s Not a Candidate — He’s Lying.”

“Then, at a brokered convention, Romney would emerge as the party’s choice on a second ballot. There’s no real hope that Romney would be able to beat [Democrat Hillary] Clinton — it would essentially be a suicide mission — but losing in 2016, while being able to cast the Trump phenomenon as a fringe aberration, would be better for the party in the long run.”

Romney on Thursday delivered an extraordinary anti-Trump speech in Salt Lake City, ripping the Republican presidential front-runner as a “phony” and a “fraud.” But before the fiery assault, he stated, “I’m not here to announce my candidacy for office.”

Sherman says Romney did gush over the party’s establishment candidates, but none have shown an ability to overtake Trump.

“The logical one is Romney himself. Romney may not have explicitly volunteered for the job, but he has now made clear his willingness to be drafted,” Sherman says.