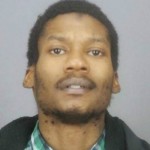 Officials arrested a man Thursday in upstate New York who they say was planning to commit an attack on behalf of ISIS at a Rochester bar on New Year’s Eve, NBC reported.

Emanuel Lutchman, 25, was charged with attempt to provide material support and resources to the terror group.