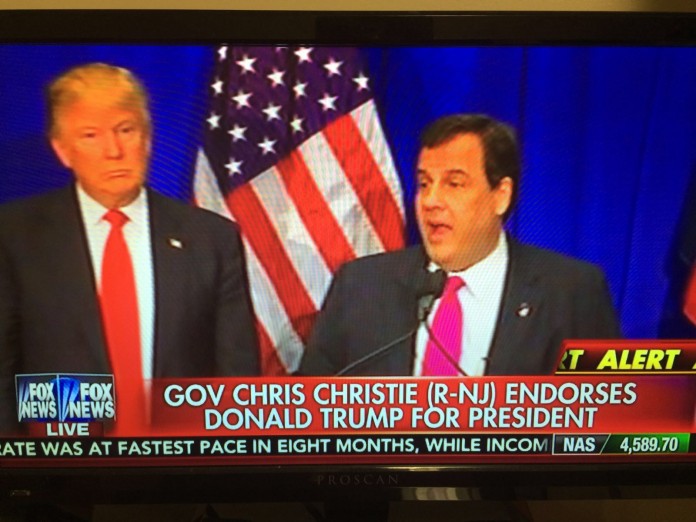 With a week to go before the GOP convention in July, Trump had not made his choice among Christie, Indiana Gov. Mike Pence and former House Speaker Newt Gingrich.

Most of his Trump’s advisers — including then-campaign chairman Paul Manafort and Trump’s two eldest sons, Donald Jr. and Eric — and GOP leaders pressured Trump to pick Pence. They argued that Pence would unify the party and appeal to evangelical Christians who had not supported Trump in the primary.

But Trump was privately ­wavering and Christie saw an opening.

Christie contacted Trump and made his final, impassioned ­appeal on July 12.

“Christie said he thinks he deserves it and he earned it,” a second Trump source said. Convinced, Trump made the ­offer.

Christie “said all…that Trump likes to hear, and Trump said, ‘Yeah, sure I’m giving it to you.’ ”

That didn’t sit well with Manafort, who had arranged for Trump to meet Pence in Indianapolis on July 13, and fly back together to New York the next day for a formal announcement.

After Trump tentatively decided on Christie, Manafort told Trump his plane had a mechanical problem, campaign sources said, forcing Trump to spend another night in the Hoosier State. Pence then made his case to be Trump’s No. 2 over dinner as Trump’s advisers argued that Christie’s Bridgegate troubles would sink the campaign.

Trump agreed to name Pence the next day and broke the news to Christie, saying it would “tear my family apart if I gave you VP,” a source said.