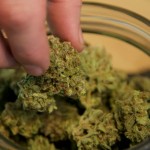 Then there were 23. Today, New York Governor Andrew Cuomo announced “tentative plans” to make oil-based and vapor forms of medicinal marijuana available for residents of New York. The plan sets the empire state up to become the 23rd in the nation to legalize medical marijuana.

It’s an exciting breakthrough for those suffering from conditions like cancer, epilepsy, and multiples sclerosis – all shown to have conditions that are treatable with the use of cannabis.

The plan, which awaits a vote from the state legislature, does not include any smokable forms of marijuana. Read more at the New York Times.