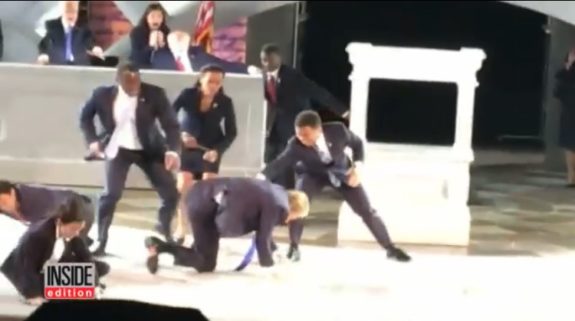 In the vein of Kathy Griffin, a “Shakespeare in the Park” production of Julius Caesar by the Public Theater features a mock assassination of a president Donald Trump lookalike. Though the play does not refer to the president by name, the depiction of Caesar bears striking similarities to Trump.

In the play, the actor has reddish hair and wears an unbuttoned overcoat and red power tie. He Tweets from a bathtub and is later stabbed to death by senators next to an American flag.

“Shakespeare’s political masterpiece has never felt more contemporary,” the Public Theatre wrote of the play on their website. Caesar is described as a “magnetic, populist, irreverent,” who “seems bent on absolute power.” Read more at Daily Caller.