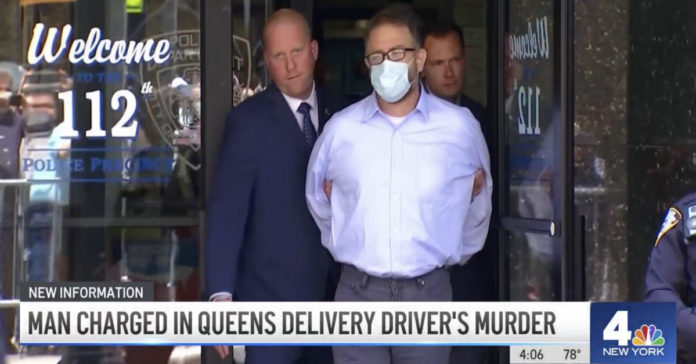 The New York City man who allegedly gunned down a restaurant employee in a dispute over duck sauce was found dead in his home of an apparent suicide, his lawyer said.

Glenn Hirsch was arrested and out on bail for the April murder of Yan Zhiwen, a Chinese restaurant deliveryman the 51-year-old had feuded with over claims that he wasn’t given enough duck sauce with a November order and therefore deserved a refund. After being denied the refund, Hirsch allegedly went on a harassment campaign, stalking, slashing tires, and pointing a gun at the restaurant’s owner. All of that escalated into Hirsch shooting Yan while he was delivering food, police said. Hirsch’s body was found by detectives who were sent to his home when he missed a court appearance Friday.
Read it at New York Daily News