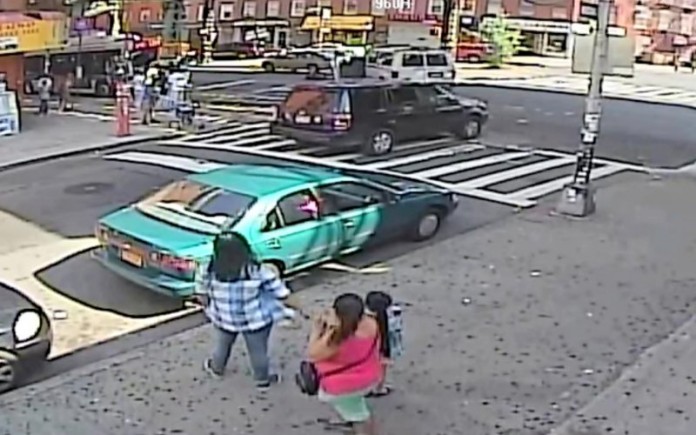 The New York Police Department is fighting a lawsuit filed by the family of a Brooklyn man killed in a crosswalk by an on-duty officer by blaming the victim for having dared to cross the street.

Sixty-one-year-old Spanish teacher Felix Coss was struck on July 6, 2013, by a marked police van driven in Brooklyn by Officer Paula Medrano, and later died of his severe head injuries. Video shows Coss waiting for the proper signal to enter his crosswalk in Williamsburg before the police van turns left from an intersecting street and pummels into the man. Coss’s family filed suit, claiming the officer had driven recklessly, used a cellphone, and failed to yield to the crosswalk.

The NYPD has responded by saying Coss “assumed the risk” of his injuries by entering a crosswalk. The victim “knew or should have known in the exercise of due/reasonable care of the risks and dangers incident to engaging in the activity alleged,” the department continued. Read more at Streetsblog.