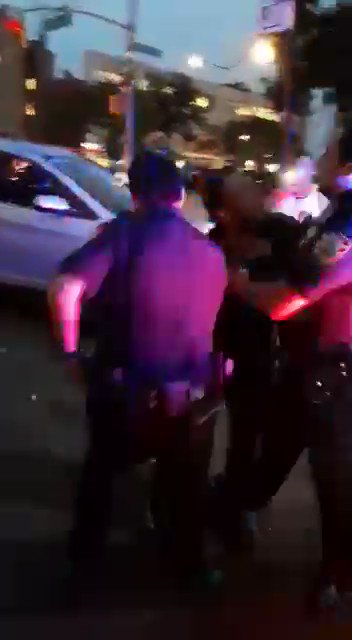 A pair of NYPD cops simply wanted to disperse a crowd gathered on a hot July night at a Bronx street corner.

But as this disturbing video shows, in an instant the two officers found themselves surrounded by angry, taunting bystanders.

And as the crowd cheered, a man they were trying to arrest put one of the two officers in a headlock — one of the very maneuvers they themselves will, under a new City Council bill, soon face misdemeanor charges for using.

The NYPD knows who the “headlocker” is — he is a known gang member who turned himself in a week later to the 46th Precinct, where the brawl happened, a law enforcement source said.