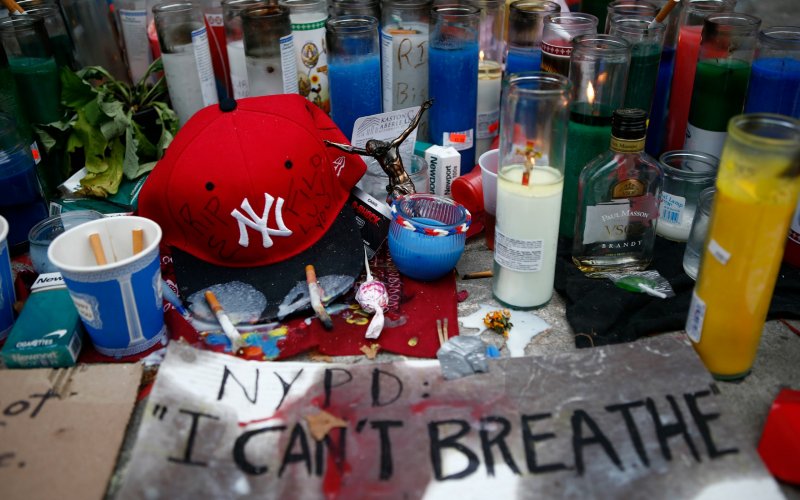 A New York Police Department disciplinary official has recommended the firing of the officer videotaped with his arm around the neck of 43-year-old Eric Garner just before he died in 2014, officials said Friday.

The recommendation to fire Daniel Pantaleo, whose actions sparked protests, a federal investigation, and ongoing political debate over police conduct toward minorities, comes a month after Justice Department officials announced the officer would not face criminal charges.

The recommendation follows a weeks-long internal NYPD trial to determine if Pantaleo broke department rules. A lawyer for Pantaleo did not immediately return a call seeking comment.

The head of the NYPD, Commissioner James O’Neill, will now decide whether to act on the recommendation, but Pantaleo could also try to resign quickly in a bid to keep his pension.

“The evidence the CCRB’s prosecutors brought forth at trial was more than sufficient to prove that Pantaleo is unfit to serve,” Davie said in a statement.

The Garner case was one of the first to spark the Black Lives Matter movement and draw attention to police conduct toward people of color, but it ended as most others do, with prosecutors offering condolences in lieu of indictments and distraught family members left feeling that justice was not served.

In reviewing the videotape of the incident, which shows Pantaleo and other officers taking Garner down to the sidewalk, as Garner cried out that he can’t breathe, federal prosecutors said they did not have enough evidence that the officer acted “willfully” to use more force than he thought was necessary – a legal standard for filing federal civil rights charges.

After the Justice Department announced its decision, the Garner family demanded that city officials fire Pantaleo, who has been on desk duty for years while awaiting administrative discipline.

Mayor Bill de Blasio has blamed federal officials for the long delay in a decision, saying the city deferred to federal authorities while they conducted their criminal investigation.

The city of New York reached a civil settlement with Garner’s family in 2015 for $5.9 million.