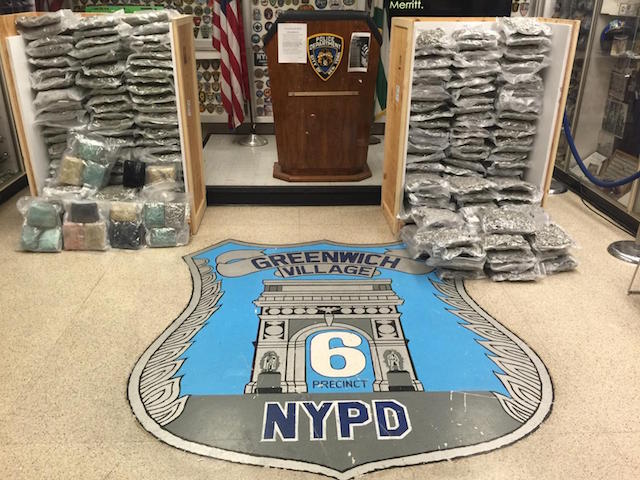 According to the police, the three men were allegedly unloading a crate from a van when cops arrived on the scene. The crate, which was labeled “art,” was reportedly meant to be delivered to a Bleecker Street home. There was another crate — that one labeled “auto parts” — in the van as well, though it was addressed to another location.

Those arrested are 27-year-old Matthew Parrigo, 27-year-old Christopher Bender, and Patrick Johnson, a 46-year-old man who lives at the West Village home to which the weed was allegedly being delivered.

The weed, when broken down into small bags, could sell for about $1 million. Read more at Gothamist.