It melds cameras, computers and data bases capable of nabbing bad guys before they even know they’re under suspicion.

If a suspicious package is left at a location by a terrorist the NYPD will now be able to instantly tap into video feeds to look back in time to see who left it there, and that’s just one of the many things the NYPD’s new high-tech “Domain Awareness System” can do, CBS 2′s Marcia Kramer reported

“We are not your mom and pop police department anymore. We are in the next century. We are leading the pack,” Bloomberg said.

The new crime-fighting apparatus was built by the NYPD and Microsoft, developed by police officers for police officers. Officials said it represents a sea change for the NYPD.

The system uses 3,000 cameras positioned in Lower Manhattan south of Canal Street, river to river, and between 30th and 60th streets, river to river. It links up to license plate readers, 911 calls and other NYPD data records.

* Identify whether a radiation alarm was set off by actual radiation, a weapon, or a harmless medical isotope

* Track where a suspect’s car is located, and where it has been in the past few days, weeks or months

* Instantly see a suspect’s arrest record, and 911 calls related to the crime

“It’s a tool that meets the needs of the Department, one that will help protect New Yorkers and keep us safe from crime and terrorism for years to come,” Kelly told reporters, including WCBS 880’s Marla Diamond. “[The system will help] to generate and refine leads, to identify patterns, and to optimally deploy manpower.”

“The bad guys have everything that we do, too. And if you really want to worry about security and freedoms, that’s the first thing,” Bloomberg added.

Because the system was co-developed by the city the NYPD will get 30 percent of the revenue that comes from selling it to other localities.

The system also has mapping features that allow cops to develop crime patterns in a particular neighborhood or borough. 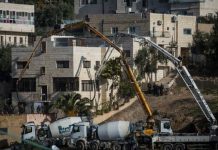