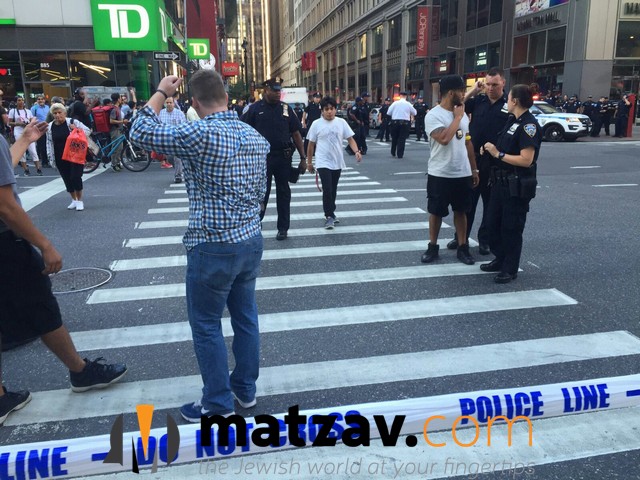 The NYPD are being pelted with concrete-filled tennis balls during George Floyd protests, the NYPD warned its members this week, the NY Post reports.

The two unidentified officers, who were following protestors Thursday after a demonstration in Union Square, were at the corner of Ninth Avenue and West 25th Street when they were pummeled with the rock-hard balls, according to an advisory obtained by The Post. “One of the two officers was hospitalized with a contusion (bruise) to left shoulder,” it said. “Please be cognizant of all objects in persons’ hands or lying on the ground during these protests. Stay safe, stay protected, and covered.”

At last one concrete-filled tennis ball has been recovered, a police source said. Read more.