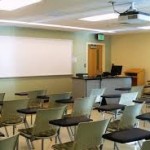 Earlier this summer, the New York State Education Department announced that over the next two years it would be distributing $250 million in mandated services/CAP reimbursement to nonpublic schools across the state with $125 million to be paid out in each of the two years.

The payment process for reimbursable costs incurred by the nonpublic schools during the 2006-07 through 2009-10 school years began this week and will be completed by the end of September. The balance of the first $125 million is scheduled to be paid by March 31, 2016. It is anticipated that the second $125 million will be paid out in a similar timetable during the 2016-17 school year.

Mrs. Deborah Zachai, Director of Education Affairs for Agudath Israel of America, explained that these monies have been owed to nonpublic schools for more than a decade. Due to budget shortfalls and the use of a flawed formula to calculate the actual reimbursement due to nonpublic schools, the debt accumulated and became substantial over a more than ten year period.

It has been a long-standing legislative priority for Agudath Israel of America – whose late president Rabbi Moshe Sherer was instrumental in getting the mandated services law enacted over 40 years ago – to obtain payment on the debt. The state’s allocation of $250 million for this purpose, goes a long way towards accomplishing that priority.

“We are absolutely thrilled that, at long last, the state has begun making payments on the debt it has owed yeshivos and other nonpublic schools for so many years. We anticipate that the yeshiva share of these funds should be approximately $80 million over the next two years, in addition to the regular mandated and CAP payments. This infusion of substantial funding is wonderful news for yeshivos and should significantly help ease their cash flow,” said Mrs. Zachai.

“This development is long overdue, but nonetheless extremely welcome,” added Rabbi Chaim Dovid Zwiebel, Agudath Israel’s Executive Vice President. “We look forward to working with the State Education Department over the next two years as these vital funds are distributed.”