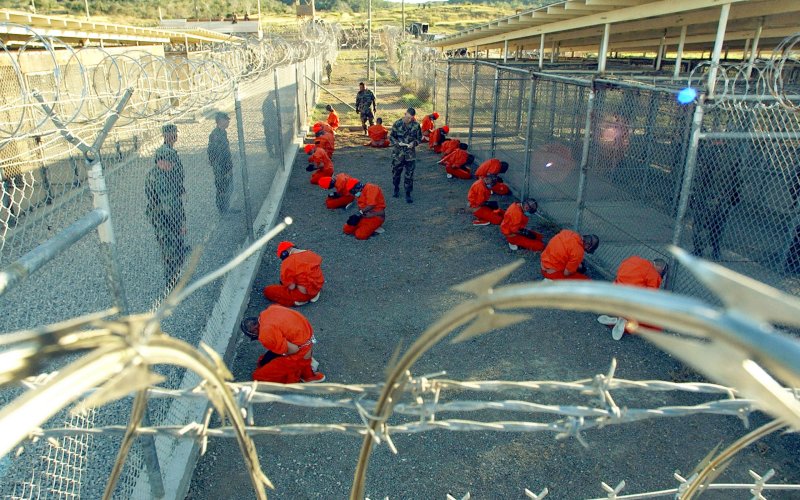 The Obama administration on Monday transferred 15 detainees from the U.S. military prison at Guantanamo Bay, Cuba to the United Arab Emirates, the largest release under the current president, according to media reports and a human-rights organization.

The transfer comes as the president faces a looming deadline to keep the promise he made on his first day in office to close the military prison. The prisoner population there dipped under 100 for the first time in years in January with the release of 10 Yemeni detainees, and will shrink to 61 with the latest transfer, underscoring a late effort to move toward closure.

Human Rights Watch praised the new transfer, which was first reported by AFP, releasing a statement from retired Marine Maj. Gen. Michael Lehnert. He oversaw the construction of the prison in 2002 and said that it will “significantly hinder” national security until it is closed.

“We can only win the fight against terrorism and religious extremism if we adhere to American values,” Lehnert said. “Guantanamo flies in the face of those ideals we hold dear, and will continue to impede our efforts to keep Americans safe so long as it remains in operation.”

The transfers this year have involved a number of countries that agreed to resettle detainees, including Serbia, Italy, Montenegro, Saudi Arabia, Senegal, Oman and Kuwait. The UAE last accepted detainees with the transfer of five men approved last November.

President Barack Obama made an appeal in February for Congress to allow him to close the prison, a plan which many lawmakers oppose. The administration released a blueprint for doing so in February and said at the time that of the 91 detainees still being held, 35 were eligible for release. A numbers of detainees, including the alleged organizers of the 9/11 attacks, are facing war crimes charges in military commissions. The administration has also said that other detainees are too dangerous to release but there is not enough evidence against them that can be used in court so they will be held indefinitely without charge.