In a policy reversal, President Obama’s administration announced yesterday that it will not allow offshore oil drilling in the eastern Gulf of Mexico or off the Atlantic coast for at least seven more years.

“The changes we’re making are based on the lessons we have learned,” Interior Secretary Ken Salazar told reporters, citing the Deepwater Horizon oil rig explosion that killed 11 workers and caused the release of an estimated 5 million barrels of oil into the Gulf. He said drilling possibilities in the Arctic will proceed “with utmost caution.”

In March, less than a month before the spill began April 20, Obama and Salazar said they would open up the eastern Gulf and parts of the Atlantic coast to offshore oil and gas exploration. They kept the ban on drilling off the Pacific coast, which will remain until at least 2017.

The worst oil spill in U.S. history has repeatedly upended the administration’s oil drilling policy. In July, Salazar announced a six-month moratorium on deepwater drilling in the Gulf of Mexico, which he lifted in October, one month after BP permanently killed its busted Macondo well.

He said the new decision should not cause undue economic harm, noting there are 29 million acres under lease in the Gulf that have yet to be developed but still could be.

Sen. Bill Nelson, D-Fla., who has campaigned to restrict drilling in the eastern Gulf, said he was glad “the president is listening to the people of Florida.”

Environmental groups generally welcomed the news. “This decision is a wise and sensible step to protect Florida, the Atlantic coast and the Pacific coast from an inevitable disaster from expanded drilling,” said Oceana’s Andrew Sharpless said.

Yet the decision triggered criticism, even from environmental activists. The administration “did not go far enough,” said Peter Lehner of the Natural Resources Defense Council.

The oil industry, business groups and congressional Republicans said the decision could hurt the U.S. economy.

“The administration is sending a message to America’s oil and gas industry: Take your capital, technology and jobs somewhere else,” said Karen Harbert, president and CEO of the U.S. Chamber of Commerce’s Institute for 21st Century Energy.

Rep. Doc Hastings, R-Wash., said the administration should instead “find out what went wrong and make effective, timely reforms.” 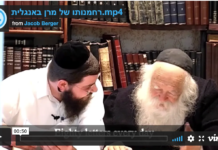