“In all the battleground states, we continue to see all our pathways there,” he told the White House pool at an Obama fundraiser in Milwaukee. “We’re either tied or in the lead in every battleground state 45 days out.”

Messina, who drove from Chicago to Wisconsin to be with Obama on his first trip to a state that appears to have come into play when Paul Ryan was selected to be Romney’s running mate, predicted that the national polling will get even closer, but that the president’s lead will hold in key swing states.

“I think you will see a tightening in the national polls going forward,” he said. “What I care way more about it Ohio, Colorado, Virginia, Wisconsin, etc. In those states, I feel our pathways to victory are there. There are two different campaigns, one in the battlegrounds and one everywhere else. That’s why the national polls aren’t relevant to this campaign.”

In Wisconsin, Messina said the GOP is stronger than they are nationally, but maintained that the Obama campaign still has an edge 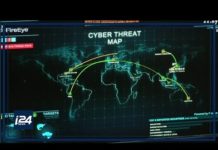 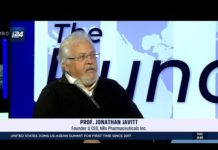 Watch: Israeli-Made ‘Brilife’ Vaccine May Offer Specific Immunity In The Nose And Lungs