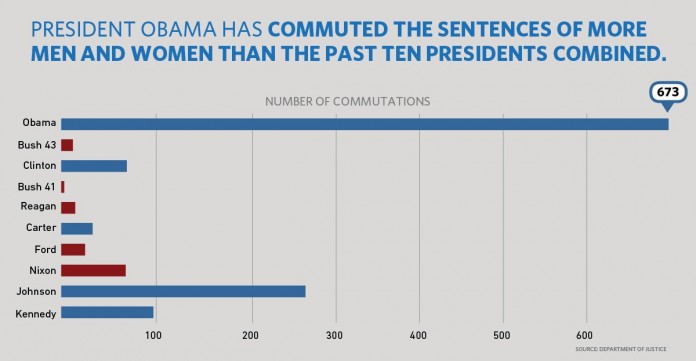 President Obama on Tuesday announced the commuting of 111 more sentences for convicts in the second round of clemency grants this month. During August 2016 alone, Obama has shortened the sentences of 325 individuals, “the greatest number of commutations ever granted by a president in a single month,” according to a statement by Neil Eggleston, White House counsel to the president. That total is also the largest number of commutations offered by any president in any single year for nearly a century.

More than one-third of the president’s commutation recipients were serving life sentences, the statement added. Obama has now granted a total of 673 commutations during his presidency, more than the past ten presidents combined, the White House boasted. Read more at Read more.