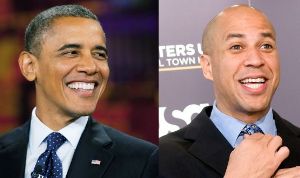 More support for the already heavily favored Cory Booker, this time from President Obama, who said the Newark mayor and Senate candidate would be “an important partner in our efforts to reduce gun violence, give every American a fair shot in a global economy, and make our country stronger.”

Booker is facing off against Republican Steve Lonegan in a special election next month for the seat vacated by the late Democratic senator Frank Lautenberg. Booker, whose campaign team is full of strategists from Obama’s reelection campaign, said he was “humbled” by the endorsement.

Booker is widely seen as a strong potential presidential candidate, if not in 2016 then in later races. Read more at The Washington Post.