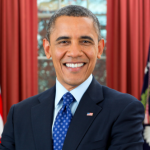 Israel “has a right to maintain basic law and order and protect its citizens from knife attacks and violence on the streets,” President Barack Obama said Friday.

Yet at a press conference with visiting South Korean President Park Geun-hye, Obama also struck an evenhanded tone on the violence in Israel, calling on both the Israelis and Palestinians “to try to tamp down rhetoric that may feed violence or anger or misunderstanding.” Obama’s comments come amid widespread Israeli criticism of Palestinian Authority President Mahmoud Abbas for inciting violence.

Obama said that “all people in Israel and the West Bank” should “recognize that this kind of random violence is not going to result in anything other than more hardship or insecurity.”

“I don’t think we can wait for all the issues that exist between Israelis and Palestinians to be settled in order for us to try and tamp down on violence right now,” he said.