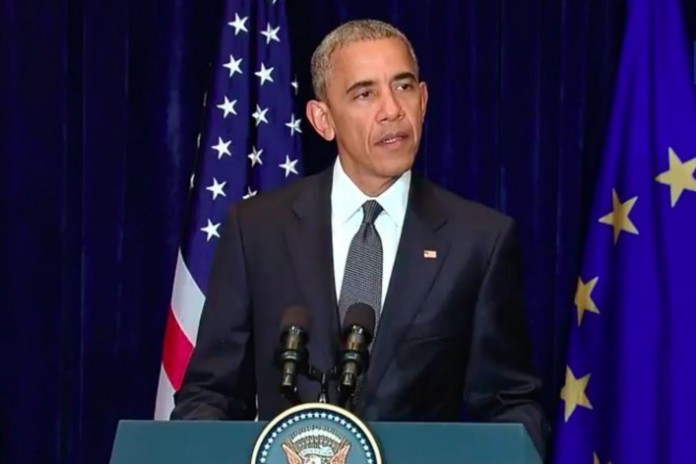 In his weekly White House address on Saturday, President Barack Obama warned of an “unacceptable” outcome if Republicans repeal Obamacare. Noting that the Affordable Care Act was passed “to make sure more people have better coverage,” Obama said the Republican campaign to repeal the program would erase all progress made for the American people.

“Now Republicans in Congress want to repeal the whole thing and start from scratch – but trying to undo some of it could undo all of it. All those consumer protections – whether you get your health insurance from ObamaCare, or Medicare, or Medicaid, or on the job – could go right out the window,” he said.

The effort to repeal the healthcare program should be “judged by whether they keep all those improvements that benefit you and your family right now,” he said. “One new study shows that if Congress repeals Obamacare as they’ve proposed, nearly 30 million Americans would lose their coverage. Four in five of them would come from working families. More than 9 million Americans who would receive tax credits to keep insurance affordable would no longer receive that help. That is unacceptable,” he warned. Obama’s comments came as the Republican Congress vowed to scrap the healthcare law and replace it with their own as President-elect Donald Trump takes over. Read more at THE HILL.