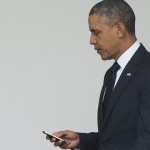 President Obama is on the cusp of preserving the Iran nuclear deal in Congress.

Sen. Chris Coons (Del.) on Tuesday became the 33rd Senate Democrat to back the deal, leaving the White House just one vote shy of denying Republicans the two-thirds majority they would need to override a veto.

With only two Senate Democrats now publicly against the deal — Sens. Charles Schumer (D-N.Y.) and Bob Menendez (D-N.J.) — it increasingly appears that the signature foreign policy initiative of Obama’s second term will be able to move ahead.

“The president will have the support to sustain a veto,” Sen. Ben Cardin (D-Md.), who is undecided on the deal, said Tuesday.

It is all but assured the international agreement, which took years to craft, will play out at least for the rest of Obama’s presidency.

When the Senate returns from its August recess after Labor Day, it will vote on a resolution disapproving the Iran deal.

With that measure virtually guaranteed to be defeated — whether by filibuster or presidential veto — it removes the final major hurdle standing in the way of the deal being implemented.

On Oct. 18, a date known as adoption day, the parties will begin taking steps to put the agreement into place.