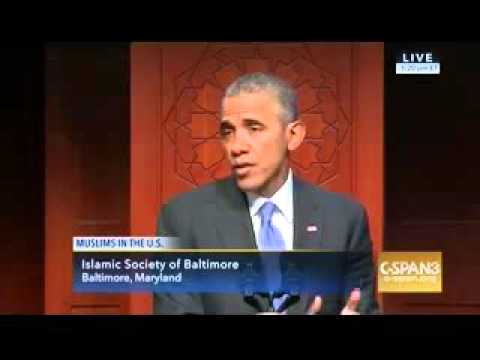 President Obama took on the role of television critic in remarks today at the Islamic Society of Baltimore.

“Our television shows should have some Muslim characters that are unrelated to national security,” the president said at the mosque, “because — it’s not that hard to do. There was a time when there were no black people on television. And you can tell good stories while still representing the reality of our communities.”

Today’s trip marked the first visit to mosque as president by Obama.