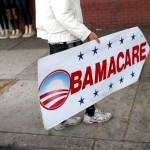 Obamacare customers are facing an average 7.5 percent price increase for a key benchmark health plan next year, according to limited data the Obama administration released just days before the start of a challenging enrollment season.

But the average rate hikes will vary dramatically from state to state — skyrocketing more than 30 percent in Alaska, Montana and Oklahoma while dropping 12.6 percent in Indiana.

The administration’s analysis looks at the second-cheapest “silver” plan available to customers when open enrollment begins on Nov. 1. Those benchmark plans, which are among the most popular sold on the law’s health insurance exchanges, are important because they’re used to calculate how much federal support low- and middle-income exchange customers will receive toward their monthly premiums.

The Centers for Medicare and Medicaid Services, which oversees the marketplaces, stressed that nearly 80 percent of exchange customers can buy a 2016 benchmark plan that will cost $100 or less a month after factoring in premium subsidies. In addition, seven out of 10 customers will have an option that costs no more than $75.

Many experts had predicted double-digit rate hikes for 2016, driven in large part by insurers signing up sicker, more expensive customers than anticipated during the first two years of the exchanges. Skyrocketing drug costs and the phasing out of programs designed to protect insurers entering the fledgling marketplaces from huge financial losses are also contributing to higher rates.