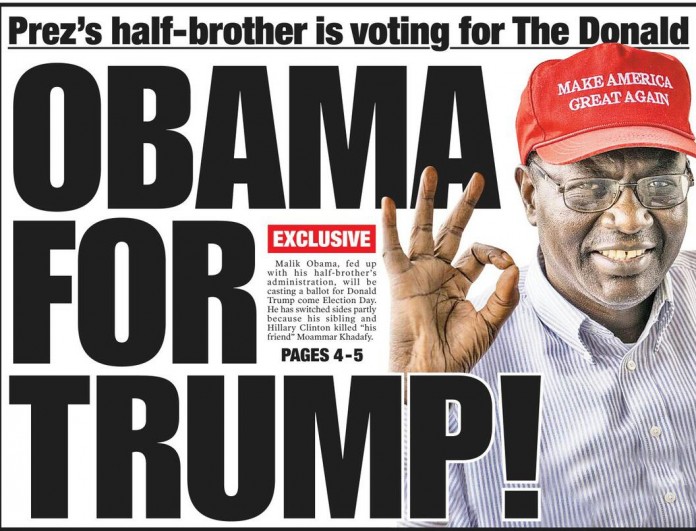 Malik Obama, President Obama’s Kenyan half-brother, told The New York Postthat he plans on voting for Donald Trump in the election. “Make America Great Again is a great slogan. I would like to meet him,” he said.

Obama was specifically angered by the lack of indictment over Hillary Clinton’s use of a private email server and same-sex marriage in the United States. Read more at the NEW YORK POST.