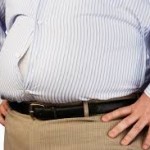 New federal data released Thursday showed that the percentage of Americans who were obese has not declined in recent years. Despite efforts like first lady Michelle Obama’s Let’s Move! campaign, about 38 percent of U.S. adults were obese in 2013 and 2014, a slight increase from 35 percent in 2011 and 2012.

The National Health and Nutrition Examination Survey report also found the number of young people considered obese remained unchanged in 2013 and 2014 compared with the previous period. In fact, 17 percent of Americans ages 2 to 19 were obese, which is the same as in 2003 and 2004.

Health experts had hoped that improvements in the American diet in recent years would help level off obesity. Read more at The New York Times.