The Gemara (Avodah Zara 50b, Bava Kama 38a) informs us that “greater is a m’tzuveh v’oseh (one who is commanded to fulfill the mitzvos and does so) than an aino m’tzuveh v’oseh (one who is not commanded and still does so).” At first, this idea seems counterintuitive. How is it possible that a required act can be considered to be of a higher status than one which is performed altruistically by someone who carries no responsibility to fulfill it?

Tosafos (Avodah Zara 50b) explains that a person who is “commanded” must routinely struggle to nullify his evil inclination, and is challenged to fulfill the mitzvos despite such resistance. Alternatively, a person who is not commanded had no compelling urge to contest the act, and faces little opposition in the process. It is because of the unique struggle that the one who is commanded receives a greater reward.

In distinguishing between a m’tzuveh v’oseh and an aino m’tzuveh v’oseh, the Torah is teaching us a powerful lesson about human nature. It is not easy for a person to readily submit to the will of another, even to that of Hashem himself. Whether the source of that resistance is the yetzer hara, or the individual’s drive for freedom and autonomy, it is natural to expect opposition in instances when a person feels compelled to behave in a certain way, with no opportunity for personal choice.

Obviously, such compulsion, when divinely mandated, is necessary to accomplish our stated objectives of perfecting ourselves and the world in which we live. We would simply not achieve all that is necessary without such commandments. Still, there is no question that the added degree of obligation automatically engenders a sense of resistance which must be overcome.

In this week’s parasha, the Torah expresses its sensitivity to this urge in the case of the aishes y’fas to’ar, the beautiful captive gentile woman who catches the attention of one of the Jewish soldiers in battle (Devarim 21:10-17). Instead of approaching the situation restrictively, the Torah grants the Jewish soldier freedom to pursue this relationship, on condition that the woman fulfill some stipulations designed to weaken the powerful feelings that the soldier has towards her.

(In the case of the y’fas to’ar) the Torah spoke in recognition of one’s evil inclination. (Kiddushin 21b) The Torah permitted it because otherwise he would anyway come to a commit a violation. (Rashi, Ibid)

The Torah understands that in the heat of the moment it is very difficult to completely subjugate one’s inner drives. The best approach in such circumstances is to mitigate the current intensity, while still preserving the individual’s ability to choose. The assumption, of course, is that if the situation is properly handled, the individual’s yetzer hara will be weakened and no sinful conduct will occur.

The same principal applies when dealing with our adolescents. It is no secret that the people who, as a whole, struggle most with this issue of compulsion and control are teenagers, those who have recently entered the realm of m’tzuveh v’oseh.

Our young men and women routinely test limits, whether in school or at home, and challenge many of the norms and rules which their community has established. In many cases, this form of behavior simply represents a developmental “stage”, an ephemeral period in their transition to adulthood. However, for far too many, it develops into a more established pattern, one which can have a considerable impact their future level of spiritual connection and commitment. How we, as parents and educators, react to such conduct can make all the difference with regards to that process.

The classic Torah account of disobedience involves the ben sorer u’moreh, the rebellious son whose sinful conduct immediately following his reaching the age of Jewish adulthood results in his premature death.

The (ben sorer u’moreh) is perverse, stubborn and willful. He is disobedient at a time when he is supposed to be developing seriousness and maturity… This type of disobedience at some other stage in the young man’s life is not regarded as an infallible sign that he is beyond redemption. (Hirsch, Rabbi Samson Raphael, Collected Writings, Volume VII, p. 339)

Why is it that the Torah specifically focuses on the seditious behaviors of a young man who just entered the realm of the Jewish community as a m’tzuveh v’oseh? Why are such behaviors, when performed at a different stage of the child’s life, not also considered indicative of future conduct?

Rav Hirsch explains that as our youth enter into the stage of adulthood, they are faced with a powerful struggle in which they must leave behind the carefree days of childhood and accept the challenges of maturity.

The law regards this particular period as a crucial phase in the formation of the boy’s character, a phase that will shape the rest of the boy’s life…G-d girds the youth with the strength of His aid so that the youth may prevail in the struggle that awaits him, the struggle in which the Jewish boy prepares for manhood. It is not without good reason that that G-d’s Law chose that particular juncture in the life of a boy as the point at which he is considered as having “come of age”. It is only appropriate that he should be called a “bar mitzvah”, literally, a “son of the commandment”. (Ibid, p.334, 336)

When a boy experiences his bar mitzvah, he is not merely entering a new a stage in his life, one in which he can now be considered an adult for personal and halachic purposes. Rather, in achieving this milestone, he is expected to submit himself to the yoke of mitzvos as a true m’tzuveh v’oseh.

However, what happens when that does not occur? What happens when, instead of embracing their newfound adulthood and its related responsibility, our children are indifferent towards it, or even rebel against it? What can we do, as parents and educators, to avoid compounding the problem and work towards a positive resolution?

While there are many valid approaches to this issue, I would like to focus on one which I believe can be very beneficial in mitigating our children’s resistance. I refer specifically to the idea of giving them the power to make meaningful, independent choices.

On the one hand, it is imperative for both parents and educators to establish clear and appropriate behavioral guidelines. Children must know what is expected of them and, when appropriate, why it is that we demand certain things from them.

Yet, at the same time, parents must be able to instill within their children a meaningful sense of control, as in having the ability to choose to make the correct decision. It is both healthy and natural for our children to express a desire for control. They do best when they are part of the decision making process, rather than having directions dictated to them. Such a sense of empowerment will motivate them to act responsibly, and behave in a manner that they know deep down to be both correct and fulfilling.

So often our children feel overly constricted in their quest for autonomy; they use rebellious conduct, from the subtle to the most extreme, as a means of seeking to express their independence. The role of the parent / educator is to guide their children along the proper path while preserving their sense of autonomy.

That being said, it should be emphasized that the role of the parent and educator is to place our children in position to succeed, not to succeed for them. We must do whatever possible to create for them a positive Torah experience, through which our children will desire to continue along on the same path that we have led them on until now. However, we must also recognize that they are soon destined to achieve complete independence, and have already been charged with the responsibility to make proper choices. What they do with that independence is ultimately up to them. Again, in the words of Rav Dessler:

Education plays a large part in determining one’s point of bechira. A person may have been brought up to do many good actions as a matter of course… In this case his point of bechira will not be whether or not to commit an actual sin but whether to do a mitzva with more or less devotion and concentration… We see that education and environment cannot in any way change the essential act of bechira, but only the location at which it takes place. (Strive for Truth!, Volume I, Part II, Feldheim, Jerusalem, p.54-56)

Let us hope that the efforts which we have exerted will produce children who are wholly committed to kabalas hamotzvos, so that they will continue to follow in the footsteps of their parents well into their adult years.

Rabbi Naphtali Hoff is an executive coach and president of Impactful Coaching and Consulting (ImpactfulCoaching.com). He can be reached at 212.470.6139 or at president@impactfulcoaching.com. 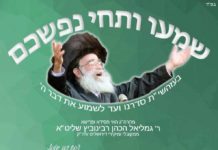