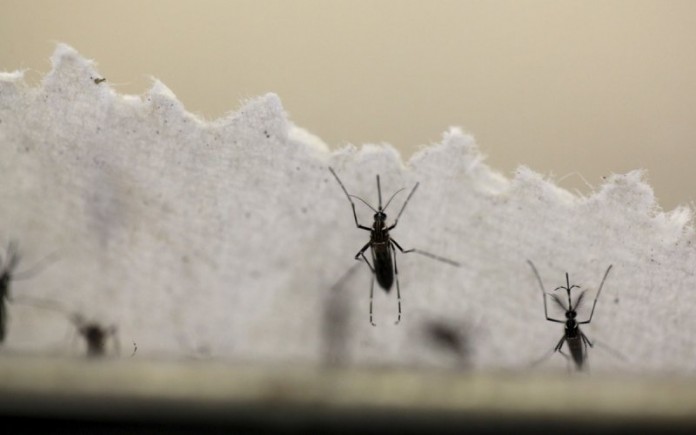 The top U.S. health officials leading the response to the mosquito-borne Zika virus sweeping through the hemisphere said its growing links to a broad array of birth defects and neurological disorders are worse than they originally suspected, increasing the risk for devastating harm during pregnancy.

Until Zika, “there has never been a mosquito-borne virus that could cause serious defects on a such a large scale,” Thomas Frieden, director of the Centers for Disease Control and Prevention, said Thursday during a conference call with reporters.

Frieden and Anthony Fauci, director of the National Institute of Allergy and Infectious Diseases, used Thursday’s briefing to plead for urgently needed funds from Congress to battle Zika. They described the growing risk to pregnant women, the almost-certain link to Guillain-Barré syndrome, a neurological condition that can cause paralysis, and the lack of effective agents to fight mosquitoes that have developed resistance to commonly used insecticides.

It’s also clear from their frank warnings that officials are trying to lower expectations that they will be able to protect all pregnant women in the United States.

“There is nothing about Zika control that is quick or easy,” Frieden said. “The only thing quick is the mosquito bite that can give it to you.”

Puerto Rico is a Zika target that has Frieden “very concerned.” The CDC director, who just returned from a trip to the island, said he expects hundreds of thousands of people there will be infected by year’s end, including thousands of pregnant women. The U.S. territory is on the “front lines of the battle,” he said. At some point, Zika cases there will increase “not steadily but dramatically,” he said.

“As the weeks and months go by, we learn more and more about how much we don’t know, and the more we learn the worse things seem to get,” Fauci told reporters.

The two experts cited a study last week in the New England Journal of Medicine that examined the pregnancies of a group of Brazilian women who tested positive for Zika infection. Ultrasounds for about 29 percent of them showed fetal anomalies with “grave outcomes,” which likely means many more complications that won’t show up until after birth, Fauci said.

“That’s an alarming finding and shows the negative impact on the fetus even if the mother is infected later on in pregnancy,” he acknowledged.

There is increasingly strong evidence linking the virus to microcephaly, in which children are born with abnormally small heads and underdeveloped brains. The rare condition has surfaced in hundreds of babies in Brazil, the epicenter of a Zika outbreak that has spread to three dozen countries and territories, primarily in the Americas.

U.S. efforts are underway to develop a vaccine, come up with new technologies to control mosquitoes and monitor and protect pregnant women and their babies. But those efforts cannot be sustained over the long term without the $1.9 billion in emergency funding sought by the Obama administration, they said. Congress has balked at approving the request.

With the approach of the rainy season in Puerto Rico and warmer temperatures in the rest of the United States, Frieden and Fauci said it is critical that the emergency funding be approved. For now, the CDC and NIH have been moving resources from existing programs. The CDC has about 750 of its staff working full-time on Zika. That includes its Dengue Branch in Puerto Rico, which has completely shifted from dengue, a related virus that is the leading cause of illness and death in the tropics and subtropics. The agency’s Fort Collins, Colorado, office also has stopped working on some new tick-borne viruses to focus on Zika, Frieden said.

“We are scraping together every dime we can to respond to this,” Frieden said. “It is definitely interfering with our ability to mount a robust response . . . and affecting our ability to protect Americans from other health threats.”

At the NIH, the researchers trying to accelerate a Zika vaccine are part of a team that is also developing vaccines for flu, the AIDS virus, and respiratory syncytial virus, the most common germ causing infections in infants and young children.

“There may be a point where we have to slow down at least one or maybe all three of those until we can get money,” Fauci said. “It’s a give and take. … You have to slow down or stop. We try very hard not to stop things.”

The cost of caring for one child with birth defects can be $10 million or more, Frieden said. Frieden said there is a misperception that Puerto Ricans are not that concerned about the virus because the island has had outbreaks from dengue and chikungunya, related viruses carried by the same mosquito species.

“That is not the case,” he said. “Every pregnant woman we met with had a high degree of awareness and concern,” he said. He remembered one in particular, who was fearful of what would happen to her baby. “She said, ‘I will be worried for my whole life, and even after I die, who is going to take care of the baby,'” he recalled.

Health authorities in Puerto Rico are working with the CDC to identify pregnant women most at risk–those living in parts of the island where there is active transmission–and provide window screens for their homes.

But an initial test installing screens in some apartments highlighted the difficulties going forward. Some homes have open eaves, so screens would have little or no impact. Other residents were reluctant to have window screens because they feared the screens would restrict air flow and raise indoor temperatures.

Puerto Rico has about 160 confirmed Zika infections. Another 193 cases have been confirmed in the mainland from people getting bitten in Zika-affected areas; they include six where travelers passed the virus to partners through sex.

On Capitol Hill, Republican appropriators have so far refused to approve emergency funding for Zika. In a Feb. 18 letter, they pointed to roughly $2.7 billion in unspent Ebola response funds that could be redirected to Zika efforts.

“If the aim of the request is to mount as rapid a response as possible, it is clear to us that the most expeditious way to identify the needed funding is to maximize the use of unobligated funds previously provided for Ebola response, prevention, and preparedness,” the top House lawmakers wrote.