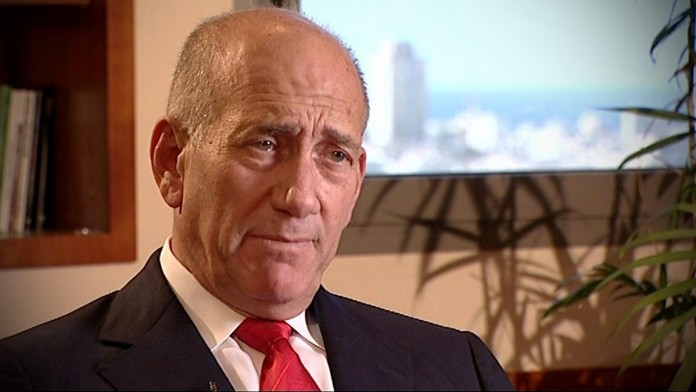 A lawyer for former prime minister Ehud Olmert on Sunday submitted a defense letter to a lawsuit filed by ex-premier Benjamin Netanyahu’s family members against him for calling them mentally ill.

Along with citing a number of procedural arguments for dismissing the suit, Olmert doubled down on his claim that Netanyahu, his wife Sara and eldest son Yair have mental health issues and need treatment.

He called for them to hand over their medical records to the court and undergo psychiatric evaluations, while claiming the claim reflected widespread opinion in both Israel and abroad, “particularly among world leaders.”

Olmert rejected the suit’s premise that calling the Netanyahus mentally ill in interviews was defamation.

“In his view and certainly in the context being discussed, the conjunction ‘mentally ill’ is not a derogatory term at all,” the letter, signed by his lawyer Amir Tytunovich, said. “The defendant would not conceive of uttering this conjunction to curse, humiliate or insult anyone, particularly the plaintiffs.”