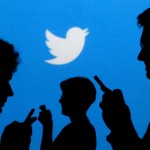 On the eve of Yom Kippur, conservative political firebrand Ann Coulter expressed only a smidgen of regret for her now infamous Twitter tirade, in which she accused candidates at last week’s Republican presidential debate of pandering to Jews.

Among a string of angry messages lambasting the contenders’ focus on consensus issues, the pundit tweeted, “How many….Jews do these people think there are in the United States?”

Offered the chance to reconsider her choice of words in an interview with The Algemeiner on Monday, her first with a Jewish publication since making the comments, Coulter yielded only that, “I would’ve used the [expletive] in a different part of the sentence.” And even that would only be in order to prevent her critics from “chopping up” her words and putting together a “bomb.”

Throughout the course of the interview, Coulter claimed she has been inundated with “fan mail from my Jewish fans.” She asserted that she is “a friend of Israel” and stands “against the enemies of the Jews.” She also said that while Jews “are usually so good with real estate,” Israel would do better if it relocated to the southern U.S. border. She called Donald Trump “the most Jewish” Republican candidate — although she has yet to hear any criticism from Trump’s Jewish daughter, Ivanka — and expressed interest in finding herself a Jewish doctor with whom to settle down.

But she was repeatedly dismissive of the maelstrom of antisemitism that her comments have ignited on social media networks, and rejected criticism from Jewish groups across the political spectrum that her comments played into antisemitic stereotypes about Jews having undue influence on American policy to the detriment of U.S. interests.

She pooh-poohed attacks from liberals, whom she called, “utter frauds and hypocrites” that “are constantly sucking up to anti-Semites,” but she also refused to take criticism from Jewish groups that might usually be aligned with her politically.

The Zionist Organization of America blasted Coulter’s “appalling, anti-Jewish remarks which evoked the classic, antisemitic trope about Jewish manipulation of America for the purposes of supporting Israel at America’s expense,” and the Orthodox National Council of Young Israel condemned her “ill-advised decision to spew hatred by denigrating the state of Israel and the Jewish community.” Commentary Magazine editor and conservative commentator John Podhoretz tweeted simply, “Shame on you.”

But Coulter dismissed the condemnations from “groups I agree with” as coming from people who “were deceived” and are “unfamiliar with my work,” as well as others who “may just be naive.”

Confronted by The Algemeiner with the prevailing wisdom that her tweet played into the most grotesque Jewish stereotypes, Coulter deflected, saying, “I’m throwing their Israel-pandering right in with their Reagan-pandering and their abortion-pandering.” She also noted, “In fact, right after sending that tweet, I tweeted out: ‘or maybe it’s the evangelicals.’”

Asked if she would repudiate the antisemitic hordes that have gathered in her defense under the #IStandWithAnn social-media banner, she claimed, “I haven’t seen any of those tweets. I hear about them but… I don’t even want to acknowledge their existence. It gives them too much credibility.”

“But for one thing,” she added, “If, or to the extent that, they are anti-Semites, well, they are going to become familiar with my work, and they’re going to see I’m not.”

Despite the strong implication to the contrary of her initial tweet, Coulter insisted that support for Israel in the U.S. is by no means a Jewish issue, but “truly an American cause” and that she supports U.S. aid to Israel because “they are our only friend there.”

“I must tell you,” she said, “Jews are usually so good with real estate. You guys are in a bad neighborhood over there. You are surrounded by animals and lunatics.”

“Israel knows how to defend itself,” she added. “They have a nice fence.”

Coulter also took the time, as a devout Presbyterian, to clarify the Christian religious imperative to support Israel.

“It would be great if I could clarify this in a Jewish magazine,” she said, “this business about the reason Christians support Israel is because we want the second coming. No, no, no, not true. That’s equivalent to the Protocols of the Elders of Zion.”

According to Coulter, the reason for Christian support for Israel, “as a matter of doctrine,” is because of the belief in the biblical mantra “that god gave Israel to the Jews.”

Perhaps walking back her 2007 radio show comments saying that Christians “just want Jews to be perfected” by converting to Christianity, she added, “I mean the existence of the Jews is proof of God in that sense.

Asked if she had any message for the Jewish community in honor of Yom Kippur, the unrepentant Coulter again flaunted the opportunity to express regret for her almost universally derided use of anti-Jewish language.

“Happy new year, and best wishes for an easy fast!” she said.