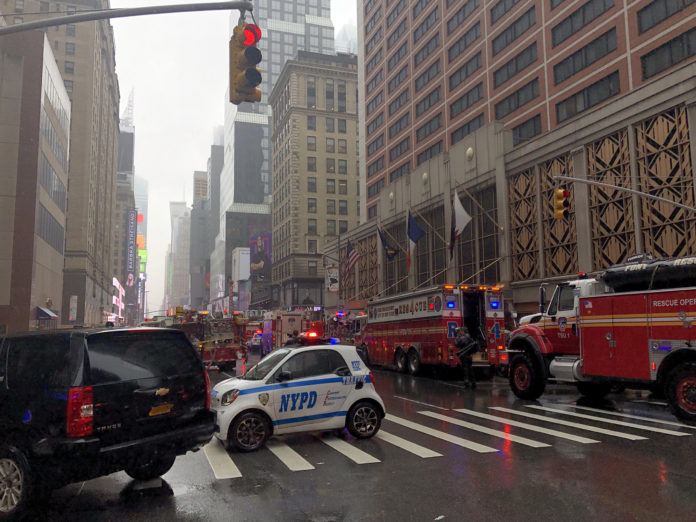 At least one man was killed Monday when a helicopter crash landed on a high-rise building in Manhattan, the New York City Fire Department said.

The copter crashed on the building’s roof and a fire had been extinguished as of 3 p.m., according to a tweet from the fire department.

Police were heading to the scene and had no information, said New York City Police Department spokesman Detective Martin Brown. The Federal Aviation Administration said in a statement it is gathering information about the accident.

The building is located at 787 Seventh Avenue, according to the Fire Department.

President Donald Trump, who lived in New York not far from the accident scene before taking office, was briefed on the crash and is monitoring the situation, the White House said in a statement.

Smoke could be seen pouring from the roof of the 51-story building in a video posted on Twitter. It was unclear whether there was any damage to the property, known as the AXA Equitable tower.

The 1.7 million-square-foot building was built in 1985, according to Real Capital Analytics Inc. The California Public Employees’ Retirement System and CommonWealth Partners bought the tower from AXA for almost $2 billion in 2016.