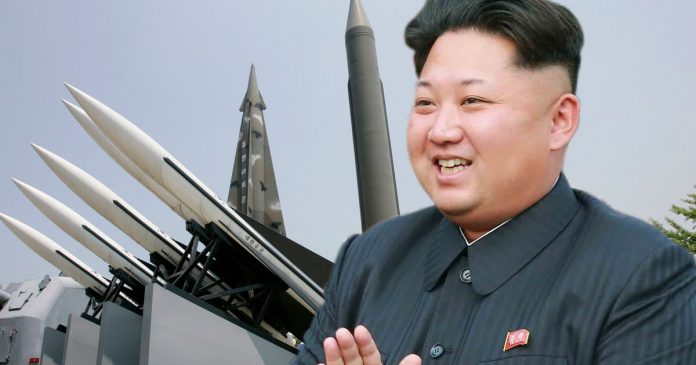 More than a third of Americans would support a preemptive nuclear strike on North Korea if that country tested a long-range missile capable of reaching the United States, new research has found, even if that preemptive strike killed a million civilians.

The survey of 3,000 Americans was conducted by the Bulletin of the Atomic Scientists and British research firm YouGov, and asked people to consider a scenario in which North Korea had tested a long-range missile and the U.S. government was considering how to respond.

Most did not want their government to launch a preemptive strike, but a large minority supported such a strike, whether by conventional or nuclear weapons.

“For many of these hawks, support for an attack, even in a preventive war, does not significantly decrease when the story says that the United States would use nuclear weapons that are expected to kill 1 million North Korean civilians,” the report found.

“As we have previously found, the U.S. public exhibits only limited aversion to nuclear weapons use and a shocking willingness to support the killing of enemy civilians.”

The United States is the only country to have ever used nuclear weapons in warfare, dropping bombs on the Japanese cities of Hiroshima and Nagasaki in 1945 and killing around 200,000 people.

The report was conducted in February, presumably before the breakdown of a summit between President Donald Trump and North Korean leader Kim Jong Un in Hanoi at the end of that month. Since then, North Korea has tested short-range ballistic missiles, but Trump and Kim have also exchanged letters and mutual praise.

The survey presented people with a fictional news story about a North Korean long-range missile test and asked people whether they would “prefer” a U.S. military response across a range of different scenarios, including conventional and nuclear strikes with varying probabilities of the attack destroying North Korea’s ability to retaliate.

They were also asked whether they would “approve” of such a strike if the president ordered it.

People would “rally around the flag,” the survey found: while 33 percent of the public would prefer a nuclear strike that would kill 15,000 North Korean civilians, 50 percent said they would approve if one took place.

But approval ratings fell if the chances of success in preventing retaliation fell to 50 percent, a finding that the survey’s authors said “should remind Washington decision-makers that public support for any U.S. first strike is likely to diminish greatly if the attack fails and large numbers of Americans are killed.”

Republicans expressed greater support for military strikes than Democrats, and Trump supporters voiced even stronger approval: a majority of them preferred a military strike in five of the six scenarios described in the survey.

Among supporters of the death penalty, support for a nuclear strike actually rose from 38 percent to 49 percent when the number of expected North Korean fatalities increased from 15,000 to 1.1 million; one such respondent explained that “it’s our best chance of eliminating the North Koreans.”

The research found that respondents were overly optimistic about the U.S. military’s ability to destroy all of North Korea’s nuclear weapons, and about the ability of the U.S. missile defense to take out North Korean missiles before they reach the United States.

“We also found that Trump supporters are particularly likely to hold these dangerous misperceptions,” wrote the report’s authors, Alida Haworth and Scott Sagan of Stanford University and Benjamin Valentino of Dartmouth College.

While the poll shows that most Americans don’t want Trump to return to threatening attacks on North Korea, the authors said they highlight “a strong retributive streak in U.S. public opinion” and confirm that “some Americans lack any sense of a nuclear taboo, and some appear to hold a kind of atomic attraction.”

“The results also display how poorly informed the public is about nuclear weapons, missile defense, and North Korea,” it said, calling for “a renewed effort at mass public nuclear education.” 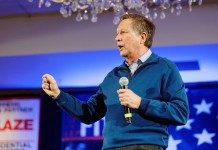