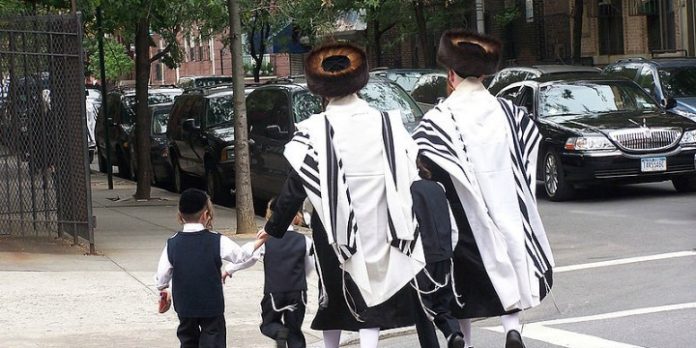 The observant Jewish community is no longer welcome in New York. Our way of life is being trampled on, our needs are dismissed with ease, our vote is irrelevant and cannot change a thing.

We are being mocked, humiliated, and relegated to third-class status with shockingly cocky dismissiveness by politicians who are often invited to our Synagogues and claim to be sworn friends of the Jewish people.

I’m only 40, born, and bred in Brooklyn and I can still remember feeling like New York was for all practical purposes a Jewish city.

After all our community makes up a substantial portion of the city’s population. We are politically connected, with friends in high places who can get whatever is needed “done”.

We are responsible for so much of New York’s economy, and make up an important part of its tax base. We believed we had the respect and consideration of city and State government, since they understand and appreciate our contribution to their city and state.

That’s what most of us thought.

Then came Corona and everything about New York we believed to be true, turned out to be false.

We learned that not only do we not have a special status in New York but in fact we don’t even have equal status to other residents. As a matter of fact, we have no status, unless you consider taxation without representation a status.

You see in the name of public health New York officials told us that:

Our Synagogues must be completely shuttered until such time that the “Public Health Experts” decide they can reopen, which could be at any time or at no time. This was strictly enforced by NYPD who were very scrupulous at kicking people out of Synagogues if GOD forbid they found one in operation.

We were not allowed to pay final respects to our beloved parents and grandparents who passed away. We were told we couldn’t hold any funerals. If you dared try and hold a funeral even if it was outside, even with the most extreme social distancing you had police cars follow you around shouting at you to disperse.

We were told we cannot visit our parents or grandparents in the hospital. We now know that this meant leaving many of them to die at the hands of careless or overwhelmed nursing staff.

We were told our small and medium-sized businesses needed to remain shuttered until the time that the “Public Health Experts” decide they can reopen, which could be at any time or at no time; While big box stores were allowed to remain open. As of this writing THEY ARE STILL CLOSED. If any of us dared to roll up the gate of their store more than a few inches they are handed a fine to the tune of thousands of dollars to make up for all the lost revenue the city has endured due to lack of parking tickets.

As law abiding Tax paying responsible citizens of this city and state, we sat through all of this quietly. In our hearts, we knew it was wrong, at least some of it. We knew it was a gross overreaction. We knew these draconian limitations on life were extended well beyond what was necessary and supported by science. But we also understood that our city and state are run by Progressive Democrats and that comes with a price, so we sucked it up and remained quiet.

But then came the George Floyd protests.

All of a sudden:

Public Health was out the window.

Stores must remain closed, unless your looting, in which case stores are wide open.

To add insult to injury the very same Public Health Officials who made up all those rules, and the city and state officials who made sure they were strictly enforced against our communities and businesses, had an overnight change of heart and seemingly a change in the science, facts and data.

What was unacceptable for the Jews ie communal prayer and funerals for starters, was perfectly fine and encouraged for George Floyd protests.

One NYC Public health official even went as far as saying that should there be an increase in Covid infections after the protests it can only be blamed on racism and not on the lack of social distancing exhibited by protesters.

I must have missed it when the same official said that should there be a COVID outbreak as a result of large crowds at a Hasidic funeral it can only be blamed on antisemitism.

You see when it came to the Jews the Mayor had harsh words: “My message to the Jewish community and all communities ( I wonder who he meant by “all communities” because we never merited to see enforcement of this kind against ALL communities, but I digress) is this simple, the time for warnings has passed”. Ooh what a tough guy this mayor is, against Hassidic Jews at a funeral, again, I must have just missed it when he stated the time for warnings has passed to the looters.

Then just to twist the dagger a little more, we all saw the images of nurses dressed up in their PPE’s walking out of a Manhattan hospital entrance to clap for the protesters and support them.

When an Orthodox journalist confronted the Mayor on his hypocrisy and double standard when examining his treatment of the Jewish community, its sensibilities and needs, vs the George Floyd protesters, he didn’t even flinch. He went on a rant explaining to the reporter that 400 years of slavery simply overrule any and all other considerations, Science, Public Health, facts, data, equality under the law, first amendment rights aside. But if those Jews put a Minyan or funeral together, all will break loose, The time for warnings has passed.

As a side note last week, long after the George Floyd protests were in full swing, those rebellious Jews in Williamsburg had more than ten children at once at a public playground. They forgot their George Floyd protest signs at home, so guess what happened, I won’t keep you in suspense, yep NYPD cleared them out.

As looters were looting and destroying store after store in New York City with no one there to stop them, it became clear why there were no cops available for that task.

You see, they were too busy handing out fines to Jewish store owners in Brooklyn who were guilty of the crime of trying to conduct business to feed their families and serve their customers. Who wants to fight off looters and protesters when you can hand out fines to docile Jewish Business owners.

Then came the latest decree from Emperor Cuomo, Thou shalt not have any sleep-away camps this year. Why not? because I said so.
“But you allowed George Floyd protests with tens of thousands of people to d what they pleased” Sorry, the answer is no because we just don’t know. Maybe burn a few buildings and we’ll talk then.

So now after three and a half miserable months, locked in our homes in the most miserable city on earth, our kids’ summer plans for the next two months get trashed as well.

So how does it feel to be a proud New Yorker today?

How good does will feel to don those dumb baseball caps that say I love NY when we go on vacation next time?

This city and state are the heart of Jewish life in America right?

We are supposedly smart people so let’s pause and think for a moment.

What exactly do we get out of living here?

We have to fund our own Ambulances and first responders because city ambulances arrive long after the pronunciation of death.

We have to fund our own community security organizations because NYPD is simply not enough to keep our communities safe.

We have to self-fund all of our schools because religious Jews have no right to expect that their children’s education is paid for like any other resident in the city.

If we live in certain neighborhoods we have a big fat target on our backs and need to be ready for a random physical attack at any moment of the day or night.

We drive on pothole riddled streets at 1 mile an hour and getting slower with each passing year.

For all these and many more delightful amenities we are also privileged with paying some of the highest taxes in the country.

For people that are supposedly smart this all seems very very dumb.

Oh I forgot there is one thing we do get and I would be remiss if I didn’t mention it. We get an extra Garbage pickup in our neighborhoods on Erev Pesach so I don’t want to come off as being ungrateful for not mentioning something so important. Come on, that’s got to be worth a few billion dollars in taxes, no?

This city is a dump. They call it “The Big Apple”, The City That Never Sleeps. It ought to be called the big pothole or the city whose rats never sleep.

Why do we still live here? why are we proud New Yorkers we shouldn’t live here and we have nothing to be proud of.

We’ve all heard the word defund thrown around lately which got me thinking.

#DefundNY has a good ring to it.

Let’s pack ourselves and our businesses up and Jexit NY as soon as possible. We can move any place in America where entrepreneurs are appreciated and religious freedom is celebrated.

I don’t know maybe some exotic place like Florida or Texas. Let’s domicile our businesses and residences in those states and bring all our tax revenues along.

Can we please stop being the losers of New York? For some reason our vote at the ballot box will always gets diluted by other communities so we ave zero impact when voting at the city and state level. But the one that can be impact-full is voting with our feet. Let’s get  out of here and pay taxes elsewhere. Let’s help match New York’s Budgetary deficit to New York’s Streets, holes everywhere.

Even if we won’t receive any appreciation or notice in our new adopted states at least we won’t be trampled on as we currently are in the big rotten apple.

As you slam the door behind you on the way out I have just one favor to ask. Can we all please register our kids to public school for the upcoming school year. Wouldn’t it be cool to watch the city and State of NY figure out where to educate 100 thousand children overnight?

Maybe NY can raise some funds for this new unexpected expense from George Floyd protesters since they are the only ones allowed to conduct business in this city these days.

I’m feeling a slogan that goes something like “no schooling no peace” as we board jet blue to FLL or MCO. thoughts?