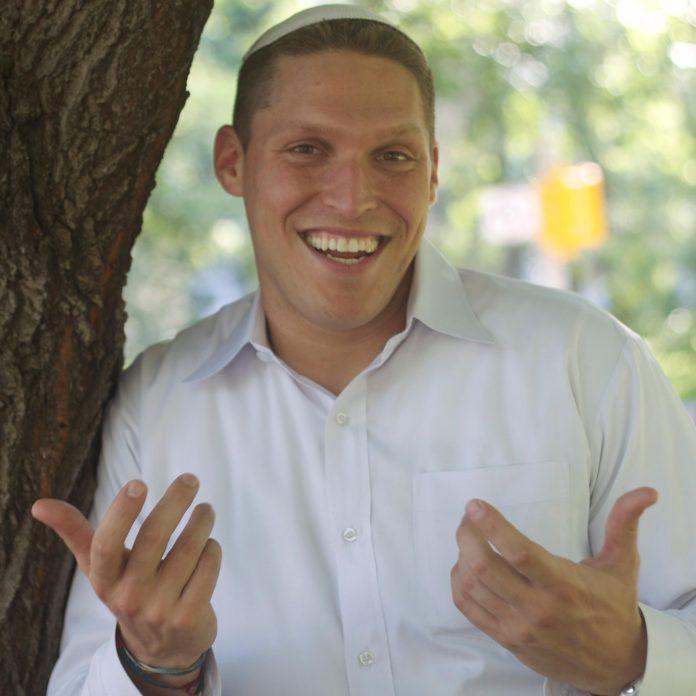 Shmuly Yanklowitz, an “Open Orthodox” rabbi and dean of the Valley Beit Midrash in Phoenix, Arizona, responded to the talks yesterday between Donald Trump and Bibi Netanyahu.

He added, “I remain a passionate Religious Zionist (find deep religious meaning in the Jewish return to the land and return to sovereignty) & I remain passionate about reconciliation (grassroots bottom-up relationship/trust building) & a 2-state solution (political top-down agreement). I’ve remained hopeful that eventually a heroic Israeli leader and a heroic Palestinian leader would emerge (each with real clout in their communities) who could make a deal happen.”

But now, said Yanklowitz, he fears that the Trump-Netanyahu collaboration may cause “irreparable harm to a peace process on various levels (increasing the settler population from half a million to over a million, destroying any remaining bridge-building enterprises, fostering a new fundamentalist confidence, breaking down attempts at vulnerable empathy across party lines, etc.).”

Yanklowitz said that we “need to ensure that the new administration is held accountable to Trump’s statements today against settlement expansion and we also need to oppose this new rejection of a 2-state peace solution that is necessary to save lives, enhance dignity, and ensure the right to self-determination. I know some feel a 2-state solution is a thing of the past but I don’t believe we can responsibly give up on this dream. The alternatives are too dangerous (existentially & morally). I am in the camp that sees it as the only option for Jewish survival & for Jewish ethics.”