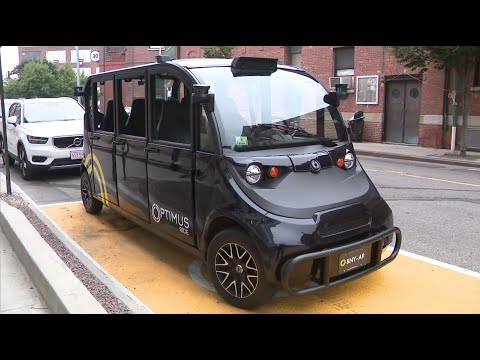 Self-driving startup Optimus Ride will become the first to operate a commercial self-driving service in the state of New York — in Brooklyn. But don’t expect these things to be contending with pedestrians, bike riders, taxis and cars on New York’s busiest roads; instead, they’ll be offering shuttle services within the Brooklyn Navy Yard, a 300-acre private commercial development.

The Optimus Ride autonomous vehicles, which have six seats for passengers across three rows, and which also always have both a safety driver and another Optimus staff observer on board, at least for now, will offer service seven days a week, for free, running a service loop that will cover the entire complex.

Commercially viable, fully autonomous robotaxi service for dense urban areas is still a long, long way off  but tackling commercial service in controlled environments on a smaller scale is a great way to build the business while bringing in revenue and offering actual value to paying customers at the same time.