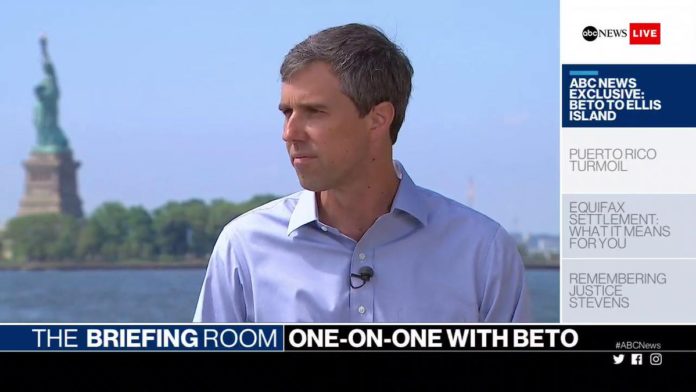 “President Trump is a racist. What we saw in North Carolina last week was almost an impromptu Nuremberg rally, inciting hatred, and ultimately, I think, implicit in that is violence against people based on the color of their skin, based on their religion, based on their difference from the majority of Americans,” the former Texas congressman told ABC News, referring to the crowd chanting “send her back” in reference to Rep. Ilhan Omar (D-MN).

O’Rourke, who’s polling in the low single digits, said there will be consequences for those who don’t stand up to Trump.