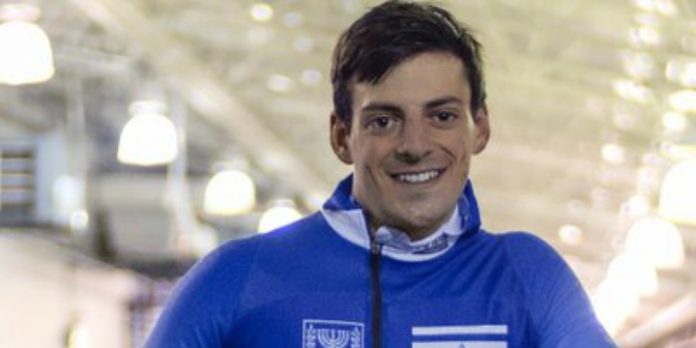 An Orthodox Jewish athlete enthusiastically announced on Wednesday his selection to represent Israel in the 2018 Winter Olympic Games in Pyeongchang, South Korea for the first time in his career.

“It is official, Baruch Hashem,” Boston, Massachusetts native AJ Edelman wrote on Instagram. The 26-year-old, who has taken up residence in the Jewish state, is Israel’s first-ever Olympic athlete in Skeleton, a sport in which competitors lie face-first on a small sled and slide down a frozen track. He is now set to be one of ten members of the Israeli team competing in the 2018 Olympics but the only one in Skeleton.

Edelman grew up playing hockey and, despite receiving offers to join top prep-schools in Massachusetts, he instead chose to remain at his Orthodox Jewish day-school. After a year of studying at a religious seminary in Israel he attended the Massachusetts Institute of Technology. He was a member of the MIT Engineers Hockey team and transitioned to skeleton after graduating college.

The Olympic athlete, who goes by the nickname “Hebrew Hammer,” revealed that four years ago he was uncertain about which direction to take his career. He said, “I wanted to do something with meaning and impact that would better my community and encourage more Jewish and Israeli participation in sport. I wanted to start a foundation to get more funding to youth athletes, more interest in sport as an outlet, and more pride in being ‘Jewish athletes.’ I thought the best platform to accomplish this was to represent my homeland on an elite stage, proudly, and with distinction.”

Edelman then decided to dedicate the “next chapter” of his life toward representing Israel in the Olympics. He concluded, “Today that dream, I learned, will become a reality. I will join a fraternity of athletes in Pyeongchang in February, walking behind the flag of the country I love. Thank you all for supporting me through this journey. Let’s close this chapter successfully. Am Yisrael Chai!”

Edelman joined the Israeli team in 2014 and has since won three national titles.