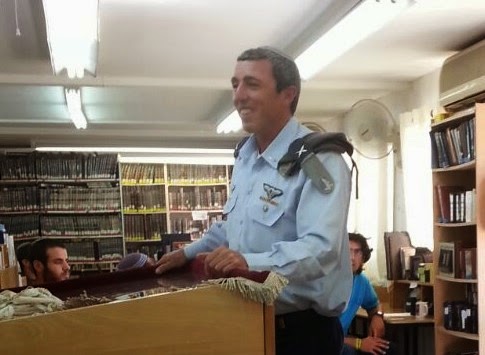 As the Bayit Yehudi party central committee voted on Wednesday to retain Knesset member Rabbi Rafi Peretz as their leader and not to hold new internal elections, its partner in the Union of Right-Wing Parties Otzma Yehudit accused it of reneging on a pre-election agreement and breaking off contact.

Prior to Israel’s April election, Prime Minister Benjamin Netanyahu orchestrated an agreement between Otzma Yehudit and the Bayit Yehudi -Leumi alliance which led to the three parties running on a joint slate called the Union of Right-Wing Parties (URWP). The group went on to win five seats in the election.

However, according to Otzma Yehudit, part of the agreement was that if any of the party leaders were appointed as ministers, they would resign as Knesset members, which would enable Itamar Ben-Gvir of Otzma Yehudit, who was lower on the list, to receive the slot and enter the Knesset.

However, though Peretz was made education minister in Netanyahu’s interim Cabinet and Bezalel Smotrich, who is No. 2 on the URWP list, was made transportation minister, Otzma Yehudit said Peretz has not only shown no signs of upholding the agreement, but has even been avoiding their phone calls.

Party representatives are reportedly getting more attention from Smotrich, who has been investigating the issue and exploring the possibility of resigning as MK in favor of Ben-Gvir.

“[It was] because of us [that Peretz] entered the Knesset, as he himself has testified,” Otzma Yehudit said in a statement. “And for that reason, we expect from him to be satisfied with the education portfolio, a most important position, and allow Itamar Ben-Gvir to be an MK.”

On Thursday, the Srugim news site reported that Bayit Yehudi stated the current Israeli political situation had deterred them from implementing the agreement.

The party is expected to retain its alliance with National Union, and may renew its merger with Otzma Yehudit. It has also reserved the right to make new agreements with alternative parties.