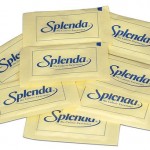 Reprinted with Permission from the OU’s Daf HaKashrus

In a previous article, we explained that instant coffee, even flavored Nescafe, can be prepared in a kli sheini that is yad soledes bo. This is because when a food has been fully cooked before Shabbos – which is the case with flavored Nescafe – it is permissible to cook it in on Shabbos, provided the food is not cooked in a kli rishon on the fire (in the case of instant coffee, since it dissolves, the OU instructs caterers to put water into a kli sheini before adding the coffee).
What about Splenda? Have the components of this sweetener been heated – that is, “cooked” – during the production process?

The sweetening agent in Splenda is a compound called sucralose, which is a synthetic modification of sucrose, or table sugar. The new molecule is about 600 times sweeter than table sugar. The reason this is relevant to us is because the little packet of retail Splenda that we are familiar with contains only about 0.2 percent sucralose. The rest of the packet contains the starch derivatives dextrose and maltodextrin.

The production of dextrose involves a process step called liquefaction, which requires heat at near boiling temperatures; the modification of starch to maltodextrin, on the other hand, doesn’t necessarily require heat (although in a standard process it is heated) but in any event maltodextrin is converted to powder through a spray- drying process, which (as detailed in Daf 23:7, pg. 34) involves heat far above yad soledes bo. Therefore, one can assume dextrose and maltodextrin have been cooked.

The third step involves removing the chemical that blocked the most reactive site.

The fourth step entails removing the over-chlorinated and under-chlorinated sucrose. This is performed through a series of purification steps, each of which is a centrifugation.

Finally, the sucralose goes through a fluid bed drier, which is slightly above room temperature.

There are a number of heat steps through the production process.However, for our purposes the key piece of information is this: just before centrifugation, the sucralose is heated to strip a solvent from the product stream. This is the last place in the production that heat is used, and is after the entire sucralose molecule has been assembled. This stage requires heat that essentially boils the product.

There are two manufacturing sites that are responsible for global production of sucralose for Splenda. They perform identical process steps.

Based on this information, Splenda can be considered fully cooked. As discussed in Daf 23:7 (pg. 31), many poskim are concerned that an ingredient that dissolves in hot water should be considered a liquid itself. Since Splenda also dissolves in coffee (or tea) it would be appropriate to add Splenda only to a kli sheini.