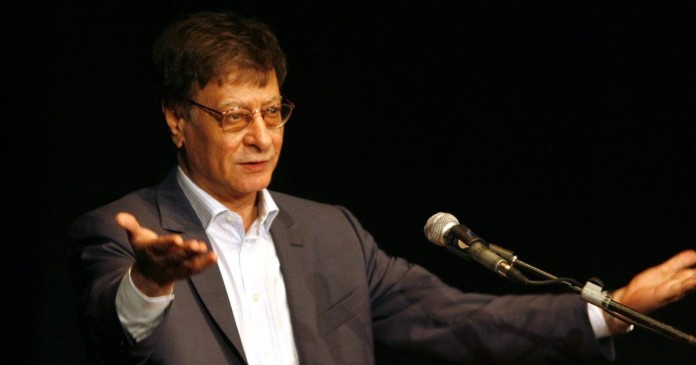 Israel’s publicly funded Army Radio infuriated right wing ministers by broadcasting a program about the rabidly anti-Israeli Palestinian poet Mahmoud Darwish (1944-2008) as part of its University on the Air program. Darwish was a staunch PLO member and penned poems that still fuel terrorism against the Jewish state.

The program featured a violent 1964 poem titled ID Card, which repeats the old lie that Palestinians were “entrenched [in Palestine] before the birth of time” and that Israel is to blame for their poverty, and concludes with a call for deadly violence.

Culture and Sport Minister Miri Regev of Likud vilified the broadcast, saying that Army Radio had “gone off the rails” for including an anti-Israeli poet in a program supposedly dealing with the “foundational texts of Israel,” particularly when Israel was battling against Palestinian incitement.

Regev urged Defense Minister Lieberman to review the issue and take action. In response, Lieberman berated Army Radio director Yaron Dekel, noting that “the mission of the army radio station in a democratic and complex society like Israeli society is to strengthen solidarity within society, not to deepen divisions and certainly not to offend public sensibilities.”

Arab MK Ahmad Tibi, who considers Darwish a moderate, said that by comparing the “moderate” Darwish to Hitler, “It turns out that he [Lieberman] is also a Holocaust denier.”

Strangely, Mahmoud’s poems are an option in the syllabus of Israeli schools in Israeli literature and Arabic courses. One poem entitled, Think of the Other Person, is even part of the Holocaust course for Arab schools.

Lieberman recently asked Defense Ministry Director-General Uri Adam to submit recommendations in regard to closing down Army Radio. This followed former Chief of Staff Gadi Eisenkot opining that it was undemocratic and a waste of money for the IDF to run a public radio station at the yearly cost of over $5 million taken from the defense budget.