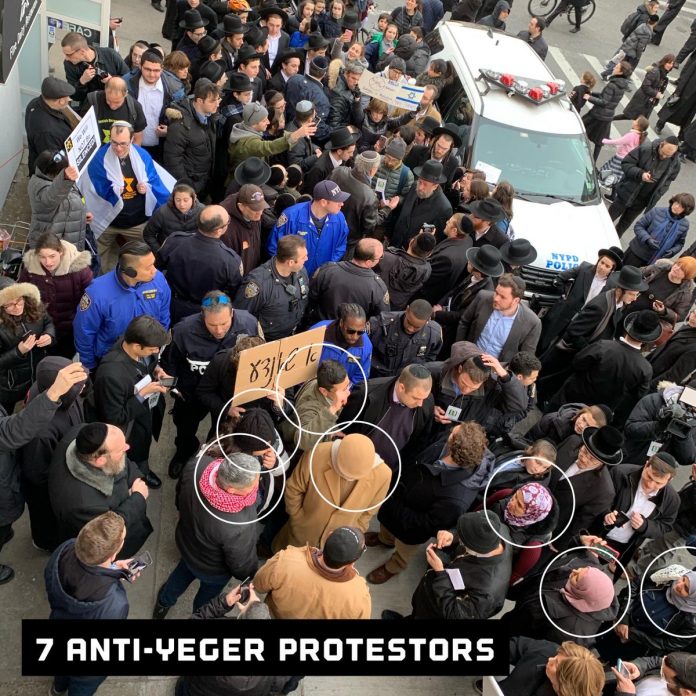 A Brooklyn lawmaker set off a social media storm Wednesday by denying the existence of Palestine and accusing Rep. Ilhan Omar of being an anti-Semite, the NY Post reports.

“Palestine does not exist,” tweeted Councilman Kalman Yeger, who represents Midwood and other neighborhoods with large Jewish populations. “There, I said it again. Also, Congresswoman Omar is an anti-Semite. Said that, too. Thanks for following me.”

The tweet was a direct response to a post by Zainab Iqbal, a writer for the blog Bklyner, who had posted a story she wrote in March 2018 citing Yeger’s previous anti-Palestine remarks.

The councilman’s comments drew 1,900 responses, — including from colleagues in the council.

“I denounce Council Member Yeger’s comments as they are unhelpful and unwelcome,” Speaker Corey Johnson tweeted.

“Comments like these do nothing to foster a peaceful solution, which is something we should all be working towards.”

“I love you, brother, but this isn’t helpful,” agreed Councilman Justin Brannan, who represents Bay Ridge and other sections of southern Brooklyn.

“As u know, I proudly represent one of the largest Palestinian communities in the country… Please don’t tell my constituents their homeland doesn’t exist.”

The tweet sparked Pro-Palestine and pro-Israel protests on Thursday. Protestors shouted at each other outside Councilman Yeger’s office on the corner of 16th Avenue and 45th Street

Hundreds of pro-Israel protesters drowned out the smaller crowd of Palestine-promoters.

Former Assemblyman Dov Hikind, who was vocal at the protest, said, “I couldn’t be more proud of our community and the Jewish people at large for demonstrating their unequivocal and resounding support for a fellow Jew when under attack by a hoard of anti-Semites.”