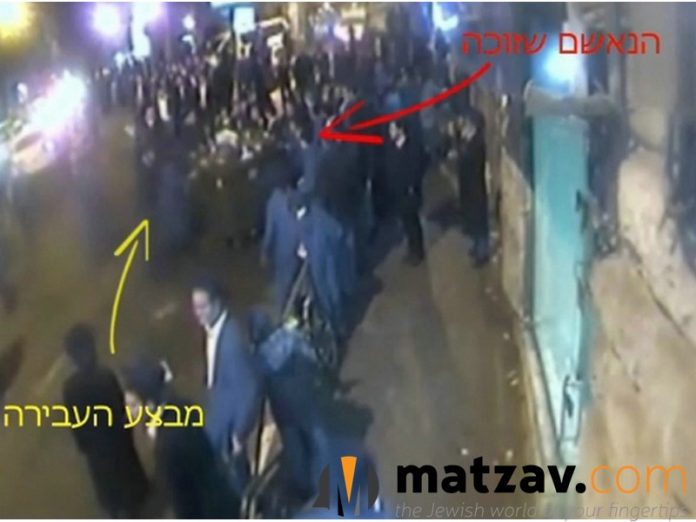 Just three weeks after a Chareidi protester was cleared of all charges thanks to a video showing his innocence, Bechadrei Chareidim reports on another instance in which a Chareidi teen was arrested, charged, hired a lawyer, and fought a lengthy legal battle that cost a large sum of money – and acquitted.

All this, despite him being totally innocent of the false charge, of dragging a burning garbage can during a protest on Kikar Shabbos.

In this case as well, the deciding factor was a video proving the youngster’s innocence, in contrast to the police’s testimony which turned out to be an outrageous lie.

In January of 2017 stormy protests erupted in Yerushalayim and Bet Shemesh, after a group of religious girls were arrested in connection to a complication with an army draft order. During a protest in Kikar Hashabbos a 17-year-old Chareidi boy was arrested and charged with shoving a garbage bin down Rechov Strauss towards the center of the intersection.

The teen was also charged with resisting arrest by the undercover officers who came to arrest him and claimed to have identified themselves to him — charges which were backed up by the testimony of no less than 4 police officers.

The boy’s attorney, Nadav Gedalyahu, responded to the charges, arguing that the boy’s Yeshiva is just a few hundred feet from Kikar Shabbos and the boy had just finished Yeshivah and was heading to the bus on Kikar Shabbos to go home. “He saw people pushing a green garbage on wheels towards Kikar Shabbos”, said Gedalyahu.

The garbage got caught in the metal railing on the side of the street, and then the defendant arrived at the intersection- as can clearly be seen on the video.

However, he was not successful because someone else was pulling it down, where it eventually rolled down into the center of Bar Kikar Hashabbos” says the attorney.

In a hearing held yesterday in a Yerushalayim district court house, attorney Ilana Shila from the prosecution announced that “in light of the video presented by the defendant- we are retracting the indictment”, Since it could not be proven that the defendant committed what has been attributed to him.

Judge Rivkah Freidman-Feldman therefore announced, “I acquit the defendant from the crimes attributed to him in this case.”

This is the second time in just one month that attorney Gedalyahu successfully extracted an innocent person from false police testimonies and accusations.

“The feelings are hard” says Gedalyahu, “again the version of the police is accepted as Torah from Sinai, while the Chareidi defendant’s claims are not even investigated. We are preparing a law suit against the state for all the aggravation the defendant has endured for the false accusations against him.”